July 13, 2017 - Sao Paulo, Brazil - Protesters make an act against the death of paper picker, Ricardo Silva Nascimento, 38, in Sao Paulo, Brazil, on 13 July 2017. The cartwright who lived in Pinheiros was killed with two shots by a military police officer, after a supposed approach on the night of this Wednesday (12) (Credit Image: © Fotorua/NurPhoto via ZUMA Press) 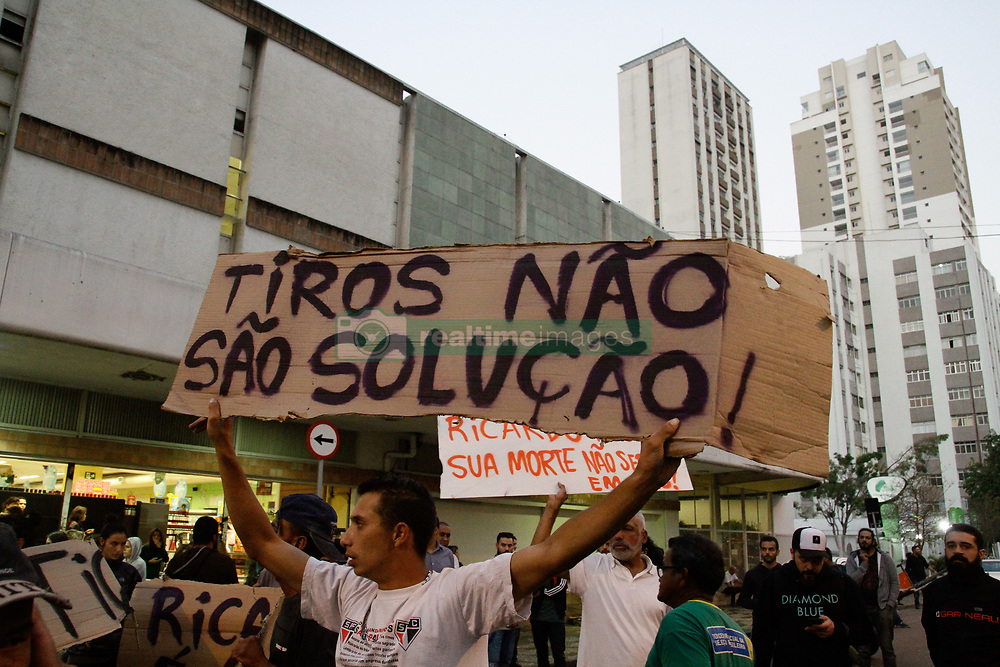