November 2, 2018 - Palestinian protesters clash with the Israeli army near the fence in the â€œAbu Safiyaâ€ area east of Jabalia in the northern Gaza Strip during the Great March of Return rally on 2th November 2018. Thousands of demonstrators attended several sites along the Gaza border with Israel this Friday, with some advancing and hurling stones towards the fence, and according to the Gaza Health Ministry a number of protesters were injured by Israeli live fire and tear gas. The March has taken place while Egyptian mediators are working to lower tension along the Gaza-Israeli frontier after months of protests and deadly clashes. Since March 2018 thousands of Gaza demonstrators have gathered every Friday along the border in protest against the Israeli siege on Gaza and in support of the right of Palestinian refugees to return the land lost around the founding of Israel in 1948. At least 214 Palestinians have been killed by Israeli fire since the protests started while several thousands have been injured by Israeli live ammunition and tear gas. One Israeli soldier has also been killed since the protests began (Credit Image: © Ahmad Hasaballah/IMAGESLIVE via ZUMA Wire) 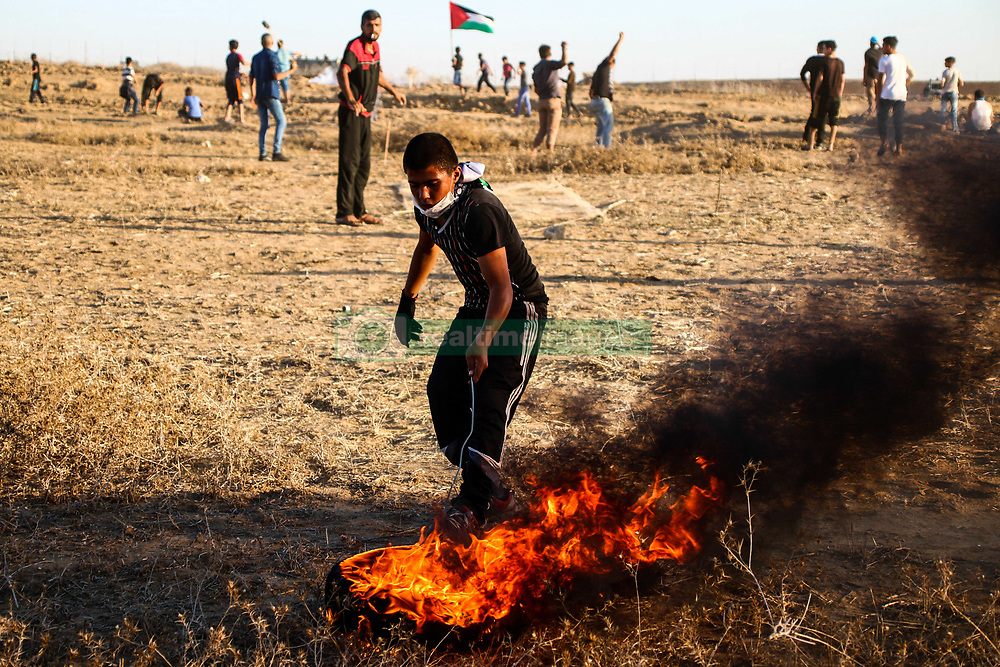