March 22, 2019 - Montevideo, Uruguay - Angela Davis seen during her speech in Montevideo...In the framework of the International Women's Day (March 8) and the International Day for the Elimination of Racial Discrimination (March 21), the feminist activist, anti-racist and philosophy professor Angela Davis, was invited by the government of Uruguay to give a conference in the Solis Theater in Montevideo. (Credit Image: © Mauricio Zina/SOPA Images via ZUMA Wire) 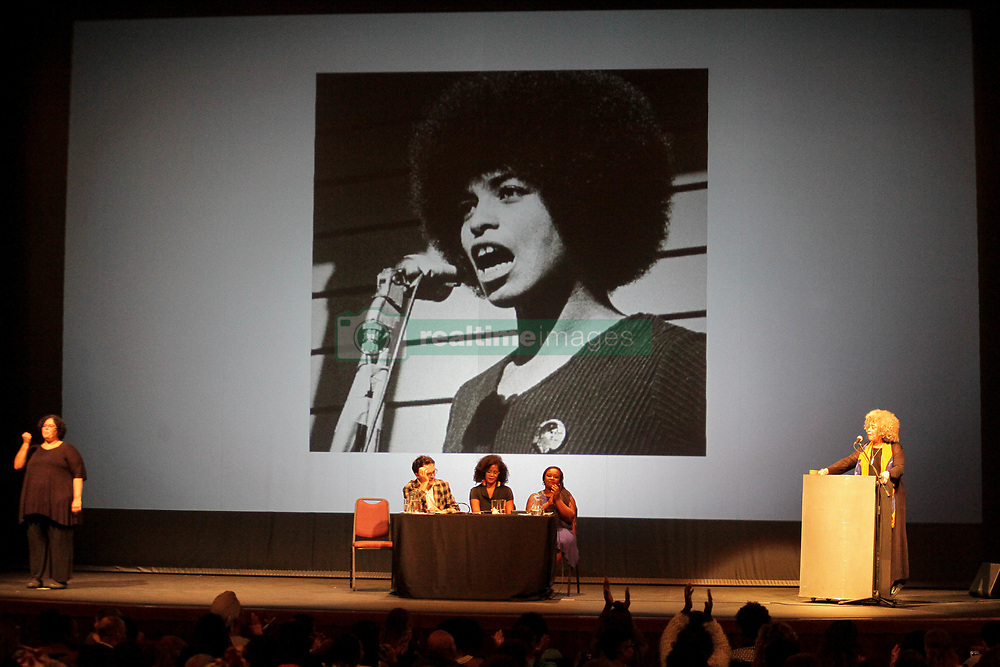