August 4, 2017 - London, UK - London, UK. 4th August 2017. People wait for the start of the march from Broadwater Farm to a rally at Tottenham Police Station remembering the death of Mark Duggan on the sixth anniversary of his killing by police, and also the police killing of other members of the Tottenham community - Cynthia Jarrett, Joy Gardner, Roger Sylvester, Mark Duggan and Jermaine Baker and the recent murders of Rashan Charles, Darren Cumberbatch and Edson Da Costa. Led by Stafford Scott, there was poetry, a minute of silence and speeches from family members as well as local activists, Becky Shah from the Hillsboorough campaign and a speaker from the Justice for Grenfell campaign. Peter Marshall ImagesLive (Credit Image: © Peter Marshall/ImagesLive via ZUMA Wire) 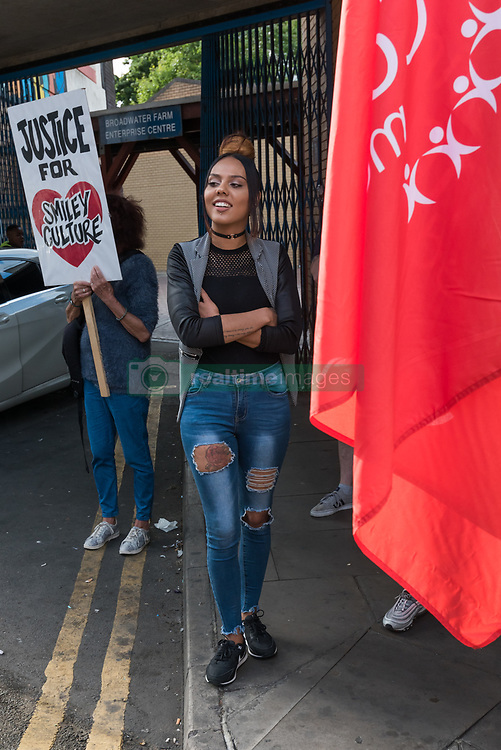