Migrants carry their belongings at a makeshift camp at the Boulevard de la Villette, near the Jaures and Stalingrad metro stations, in northern Paris, France, on October 31, 2016, during a police operation aiming at a future evacuation of the camp. An operation of "administrative control" was underway on early October 31 in the Jaures/Stalingrad quarter before a future evacuation, whose date has not yet been set, according to a police source. The makeshift camp on the outskirts of the 10th and 19th arrondissements in the north of the capital numbers today 2,500 people, according to the City of Paris. Photo by Somer/ABACAPRESS.COM 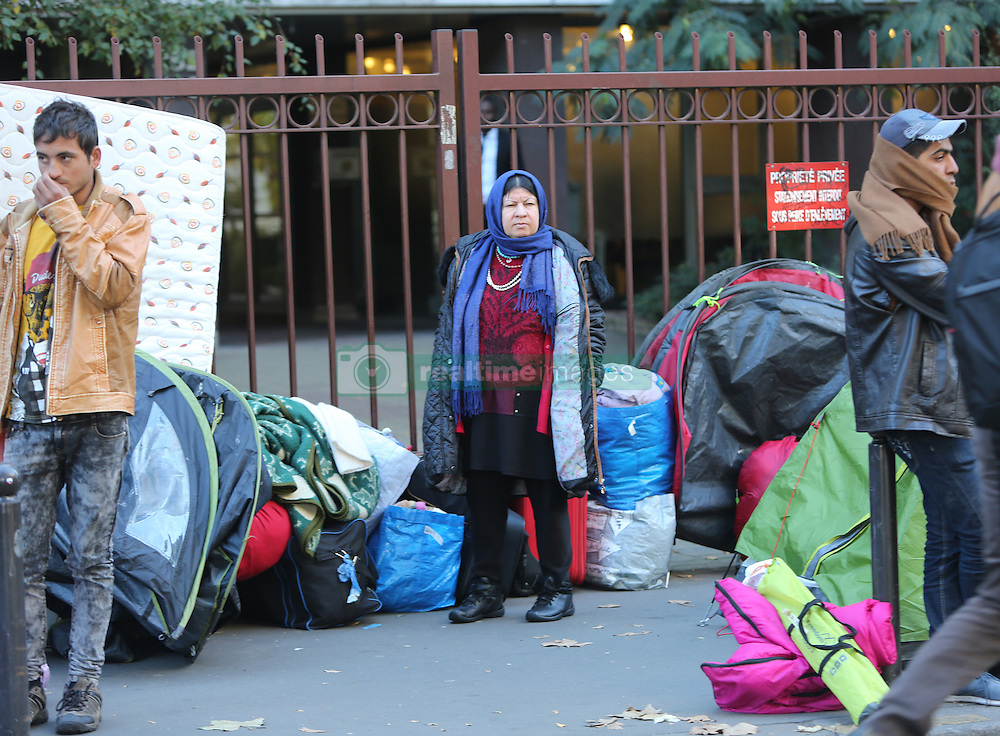