Pope Francis (R) and Archbishop of Constantinople and Ecumenical Patriarch Bartholomew I attend a meeting of prayer in the Basilica of St. Francis during the 30th World Day of Prayer for Peace a inter-religious meeting in the Italian pilgrimage town of Assisi, Italy on September 20, 2016. Pope Francis welcomed some 450 leaders representing a rainbow of faiths to the hilltop Italian town of Assisi to commemorate the 30th anniversary of a daylong prayer for peace here called by Pope John Paul II in 1986. Photo by Eric Vandeville/ABACAPRESS.COM 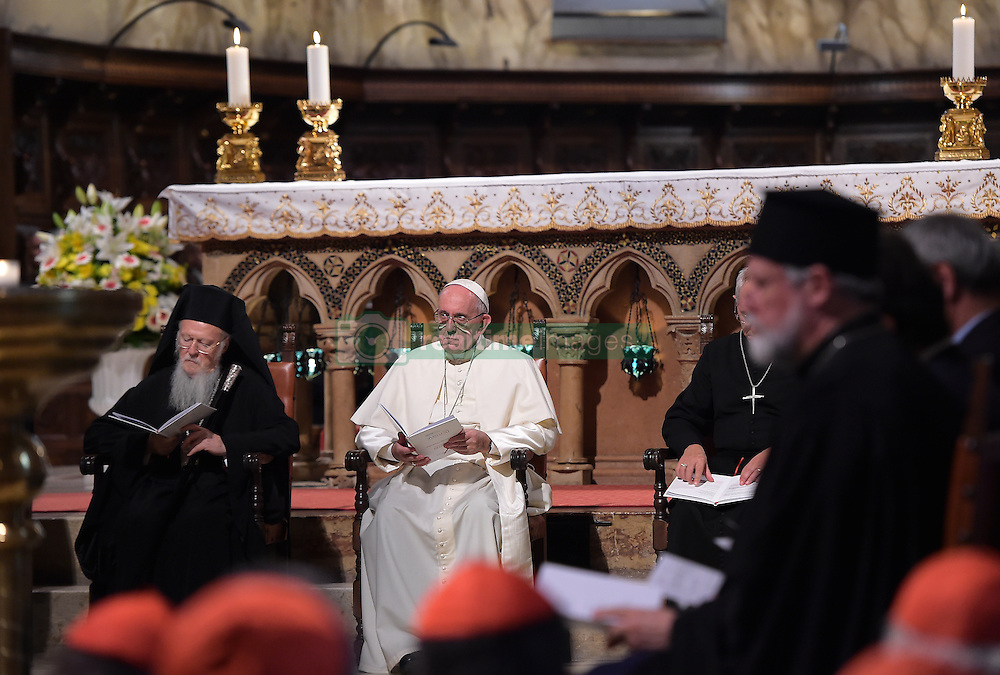