August 15, 2017 - Dhaka, Bangladesh - SWAT (Special Weapons And Tactics) team of Bangladesh police leave the shooting scene after they tried to flush out suspected Islamist radicals who have holed up in a building in Dhaka, Bangladesh. A suspected militant was killed in a suicide blast during a raid on a hotel in Dhaka on Tuesday. Islamist Militant Saiful Islam blew himself up during the raid despite repeated requests to surrender. The law enforcement agencies cordoned off Hotel Olio International. A portion of the hotel's fourth story reportedly collapsed and fell onto the road after the explosion causing injuries. (Credit Image: © Suvra Kanti Das via ZUMA Wire) 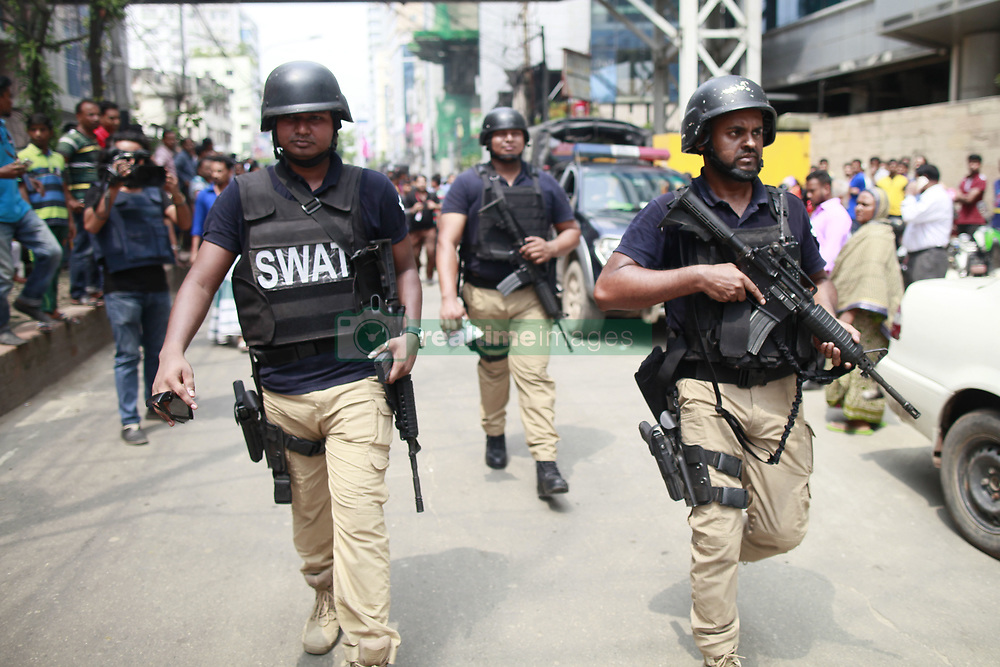