May 25, 2017 - Karo, North Sumatra, Indonesia - A resident passing as Sinabung volcano spews rolling thick volcanic ash into the air, as seen from Tiga Pancur village on May 25, 2017, North Sumatra province, Indonesia. The activity of Mount Sinabung with the status of Awas (Level IV) increases which volcanic earthquakes have continued to occur with erruptions creating an ash cloud of about 4,000 meters height. Mount Sinabung is one of the most active volcano in Indonesia. (Credit Image: © Ivan Damanik via ZUMA Wire) 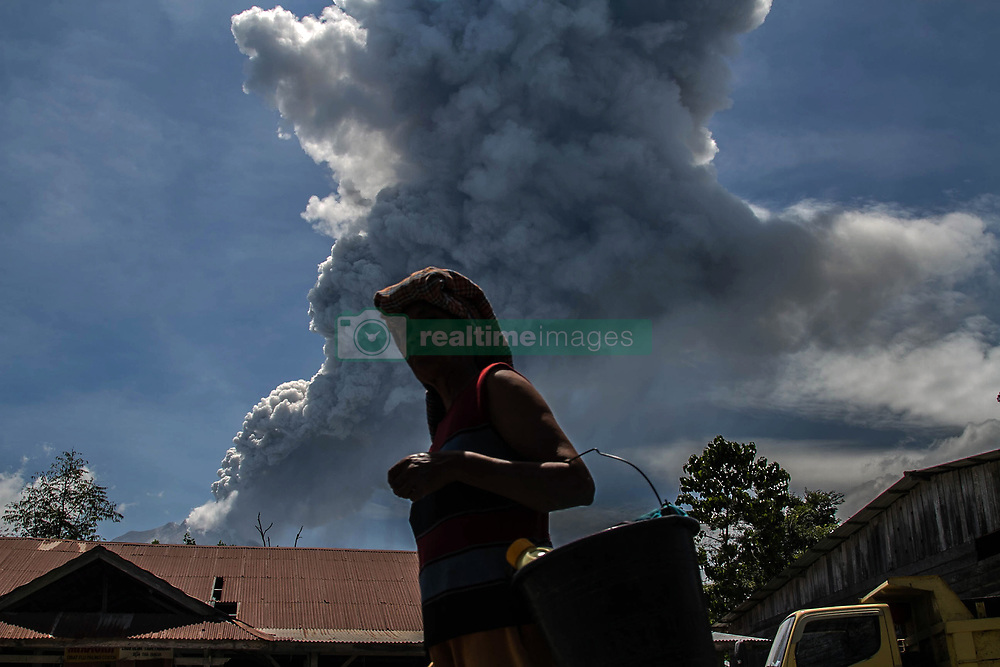