September 5, 2017 - Cox'S Bazar, Bangladesh - A Rohingya child is carried on a sling while his family walks up a hill after crossing the border into Bangladesh near Cox's Bazar's Teknaf area, Tuesday. A total of 87,000 mostly Rohingya refugees have arrived in Bangladesh since violence erupted in neighbouring Myanmar on August 25, the United Nations said today, amid growing international criticism of Aung San Suu Kyi. Around 20,000 more were massed on the border waiting to enter, the UN said in a report. (Credit Image: © Mushfiqul Alam/NurPhoto via ZUMA Press) 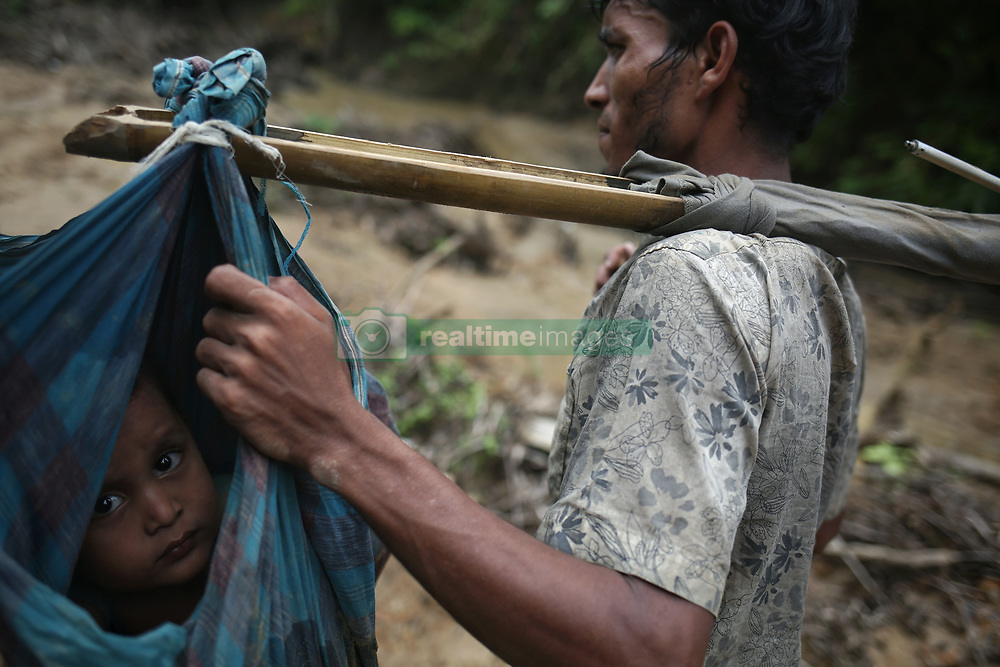