Newly appointed Prime Minister Bernard Cazeneuve, the outgoing Minister of the Interior, delivers his speech during a ceremony of transfer of power with outgoing Prime Minister Manuel Valls, at the Prime Minister's office Hotel de Matignon, in Paris, France on December 6, 2016. Valls has resigned to declare himself a candidate for the presidency, four days after President Francois Hollande announced he would not seek re-election next May 2017. Photo by Eliot Blondet/ABACAPRESS.COM 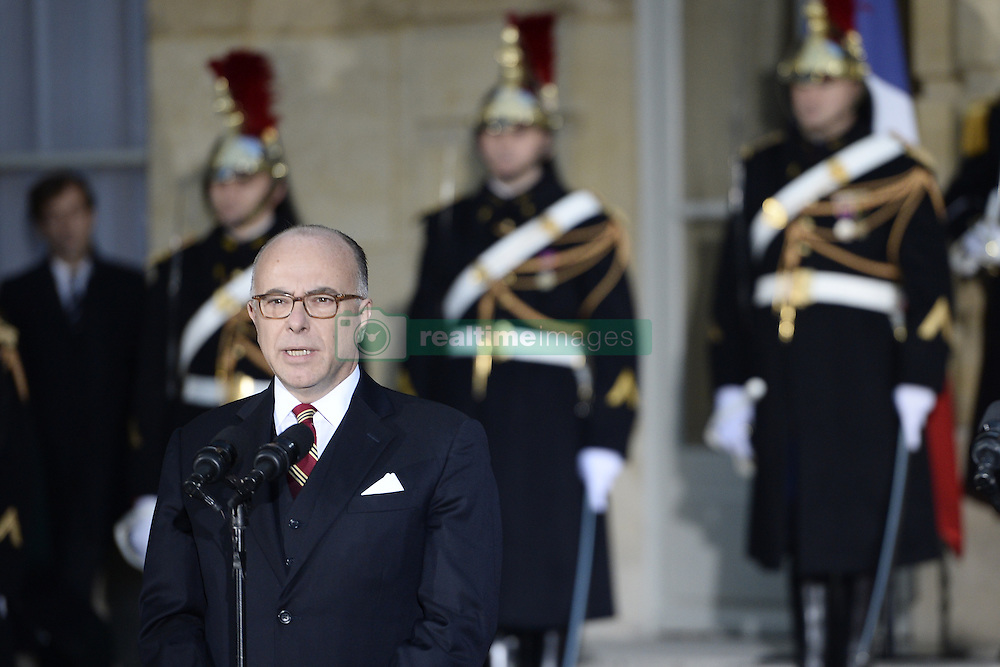