July 13, 2017 - Mosul, Iraq - A young orphan girl is held by CARLO HODIL from New York who is a paramedic with Global Response Management at a medical trauma site amid ruins of the Old City. She came in the morning with two women looking for help who said they were neighbors and her parents were killed by ISIS. The battle with ISIS continues in a small part of West Mosul even though it was declared liberated days ago. On left is Major Ahmed with ISOF3. (Credit Image: © Carol Guzy via ZUMA Wire) 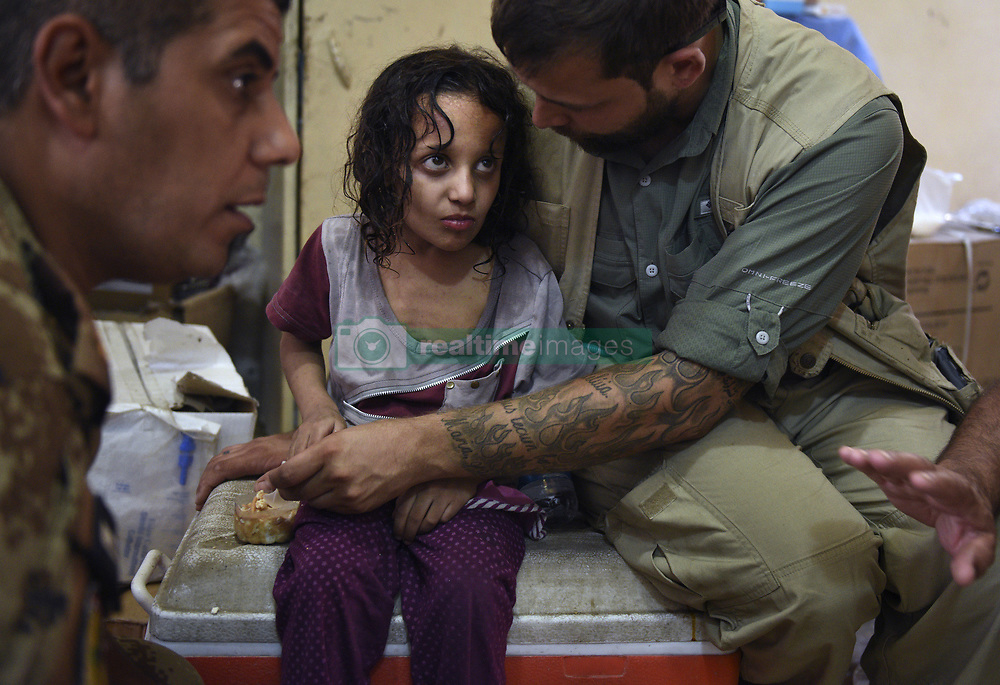