April 12, 2017 - Hollywood, California, U.S. - CHRIS CORNELL promotes 'The Promise' Chris Cornell (born Christopher John Boyle; July 20, 1964) is an American musician, singer and songwriter, best known as the lead vocalist, primary songwriter and rhythm guitarist for Seattle rock band Soundgarden and as lead vocalist and songwriter for the supergroup Audioslave. Founder and frontman for Temple of the Dog, the one-off tribute band. Cornell is also known for his role as one of the architects of the 1990s grunge movement, for his extensive catalog as a songwriter and for his near four octave vocal range as well as his powerful vocal belting technique. (Credit Image: © Armando Gallo/ZUMA Studio) 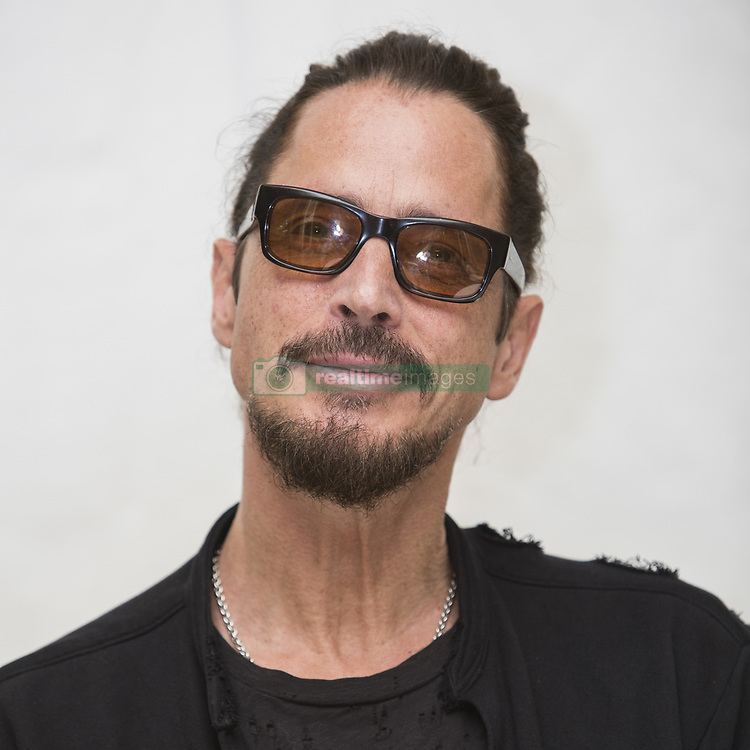