Demonstration in Paris against the Police's violence

October 15, 2016 - Paris, France - The demostration reachs the Stalingrad tube station where migrants have been living under harsh condiitons. in Paris, France, on October 10, 2016. Hundreds of people gather in the parisian streets to complain the violence of the French police. The demonstation which started at the place de la RÃ©publique, ended at the metro Stalingrad where hundreds of migrants have been living in the streets under rough conditions. (Credit Image: © Guillaume Pinon/NurPhoto via ZUMA Press) 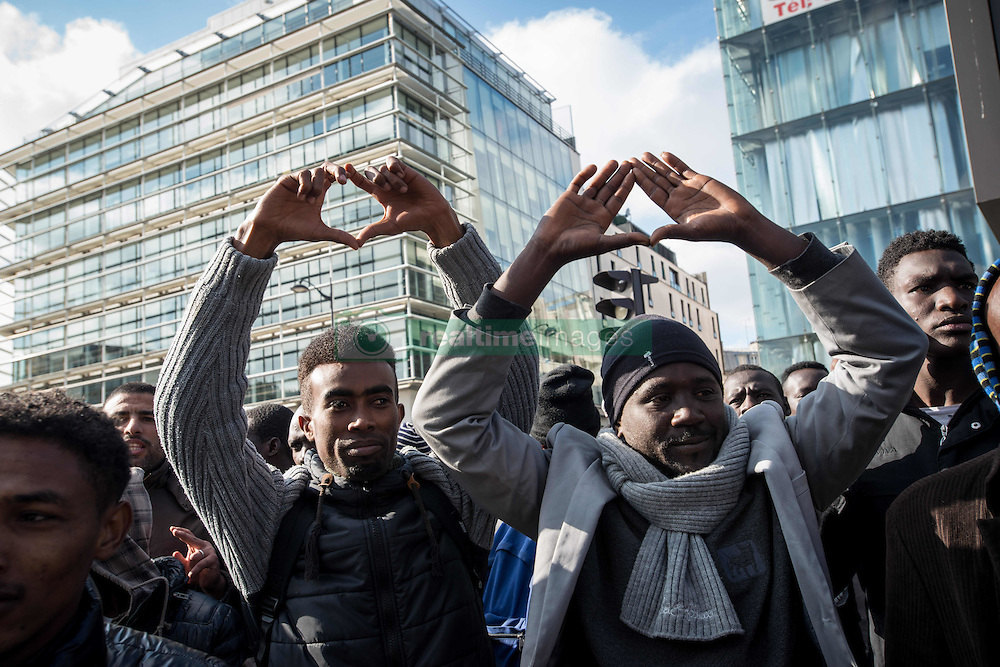