View Image Comparison
View Both Images
Even for a nation known for eye-popping rates of urbanization, what has happened along China's Pearl River Delta (Zhu San Jiao)
over the past few decades is extraordinary.
In 1988, an interlacing network of rivers and streams flowed through fertile alluvial soils full of rice paddies, wheat fields, mulberry orchards, and fish ponds. At that time, the region was mostly rural, with a population of roughly 10 million people scattered between several medium-sized cities, including Shenzhen, Guangzhou, Foshan, and Dongguan. Nearly three decades later, these cities have grown so rapidly that they have merged into an interconnected megalopolis with a population (42 million) greater than that of Australia, Argentina, or Canada.
The satellite images above illustrate the dramatic growth. The bottom image was acquired by the Thematic Mapper on Landsat 5 on November 24, 1988; the top image was acquired by the Operational Land Imager on Landsat 8 on November 16, 2014. Rural areas - mainly farmland and forest - appear green. Urban areas are gray and white. Turn on the comparison tool to slide between the two images, and download the large images to observe the changes on a much finer scale.
If taken as one entity, the Pearl River Delta region has overtaken Tokyo as the world's largest urban area - by size and population - according to an analysis of satellite and demographic data published by the World Bank. Between 2000 and 2010, the Pearl River Delta's urban spaces - defined as areas where the built environment covered more than 50 percent of the landscape in a given pixel - had expanded from 4,500 square kilometers to 7,000 square kilometers. (In 2010, Tokyo had a population of about 32 million people and covered about 5,600 square kilometers.) In the study, researchers used satellite data collected by the Moderate Resolution Imaging Spectroradiometer (MODIS) and land cover data from the Landsat program. They also used demographic data pr 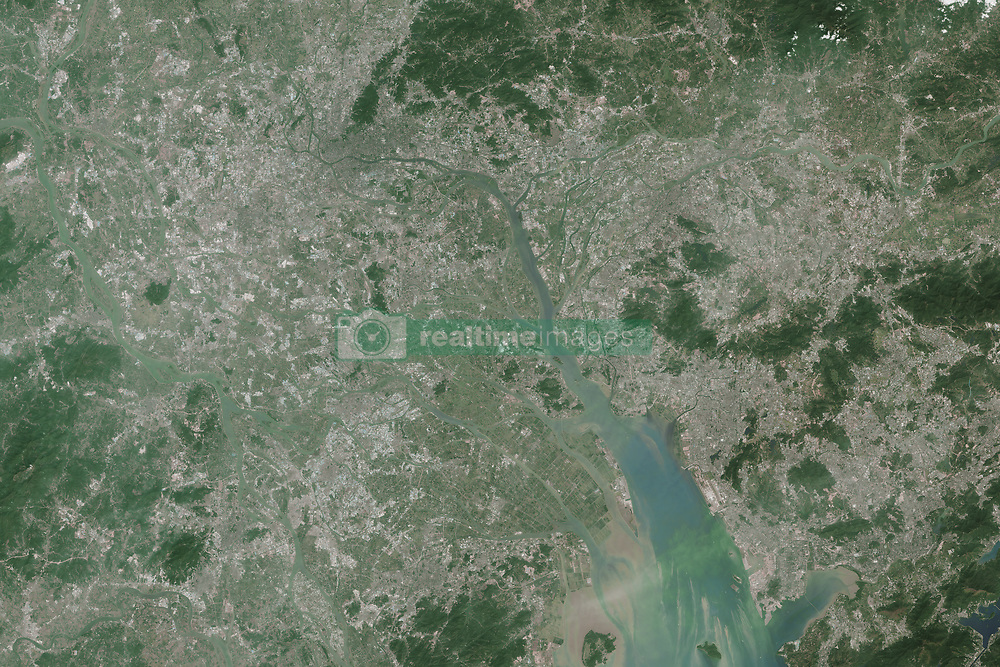