Billboards Against Turkish Government in Ankara

June 9, 2017 - Ankara, Turkey - An elderly man walks past billboards against the Turkish government posted by the anti-government Halkevleri Association in Ankara on June 09, 2017. Turkey's President Recep Tayyip Erdogan had achieved a narrow victory in the constitutional referendum on April 16 that granted him sweeping new powers. The opposition claimed that the voting were controversial, and applied to cancel the voting, but the Supreme Election Board turned down appeals on April 19. (Credit Image: © Altan Gocher/NurPhoto via ZUMA Press) 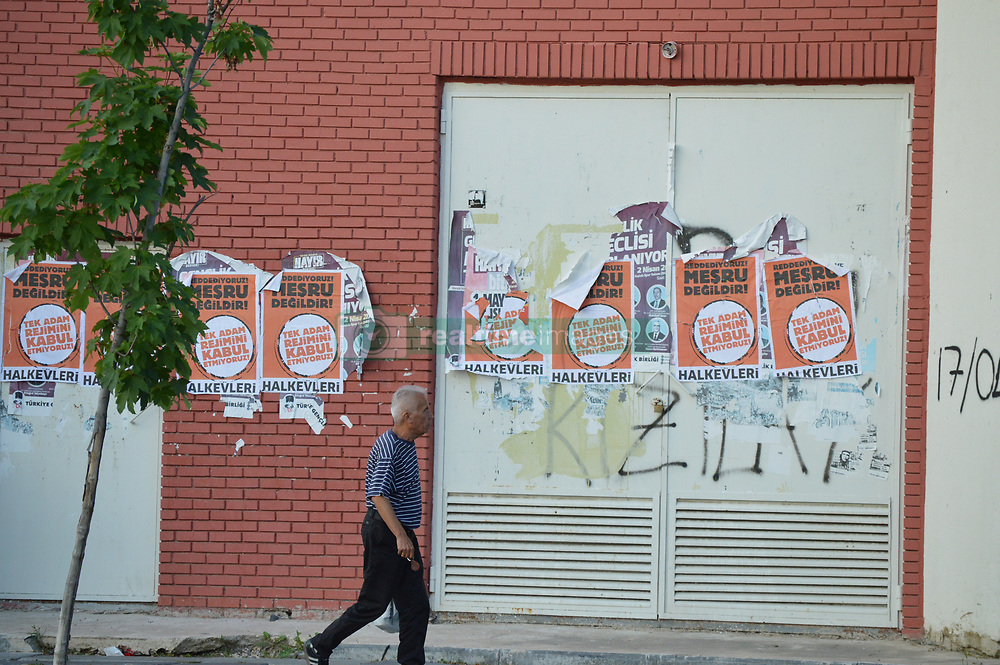