Grenfell Tower Families to be rehoused in Kensington Row Complex

June 21, 2017 - London, London, UK - London, UK. Exterior view of almost finished apartment blocks in Kensington Row Complex. It was announced that sixty-eight flats families to be rehoused in the luxury tower blocks which will be available for permanent occupation in July and August. The one to four bedroom bedroom apartments sell for up to Â£8.5 million, will be part of the affordable quota being built and feature a more â€œstraightforwardâ€ internal specification, but have the same build quality. The City of London Corporation is acquiring the 68 flats for around Â£10m as part of the response to the tragedy. (Credit Image: © Ray Tang/London News Pictures via ZUMA Wire) 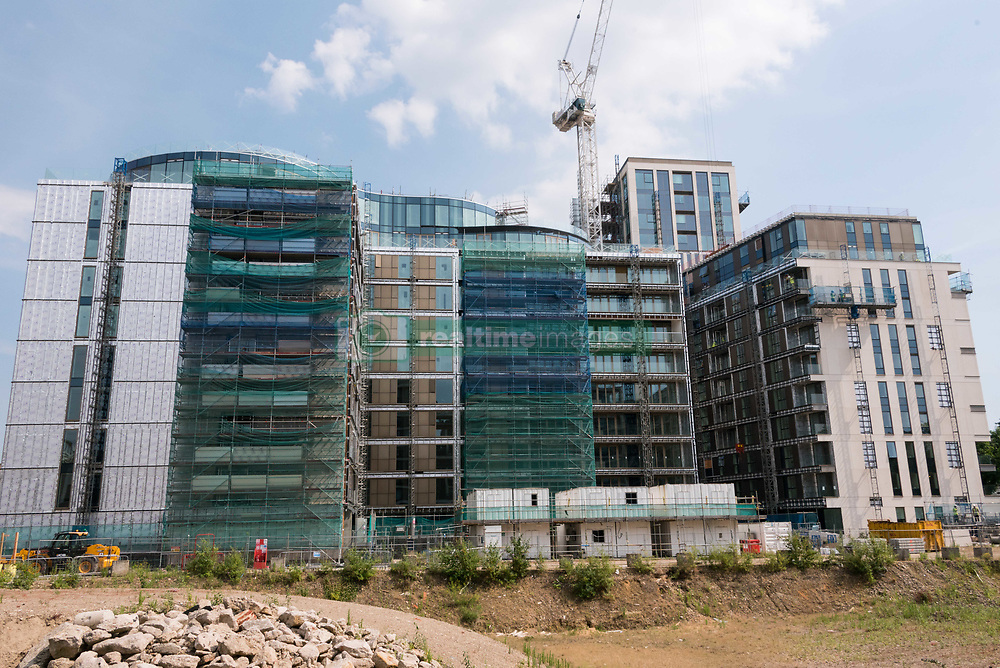