September 20, 2016 - Datong, Datong, China - Datong, CHINA-September 20 2016:?(EDITORIAL?USE?ONLY.?CHINA?OUT) ..The Hanging Temple, is a temple built into a cliff near Mount Heng in Hunyuan County, Datong City, north China¬°¬Øs Shanxi Province. The Hanging Temple is one of the main tourist attractions and historical sites in the Datong area. Built more than 1,500 years ago, this temple is notable not only for its location on a sheer precipice but also because it is the only existing temple with the combination of three Chinese traditional religions: Buddhism, Taoism, and Confucianism. The structure is kept in place with oak crossbeams fitted into holes chiseled into the cliffs. The main supportive structure is hidden inside the bedrock. The monastery is located in the small canyon basin, and the body of the building hangs from the middle of the cliff under the prominent summit, protecting the temple from rain erosion and sunlight. Coupled with the repair of the dynasties, the color tattoo in the temple is relatively well preserved. On December 2010, it was listed in the Time magazine as the world's top ten most odd dangerous buildings. (Credit Image: © SIPA Asia via ZUMA Wire) 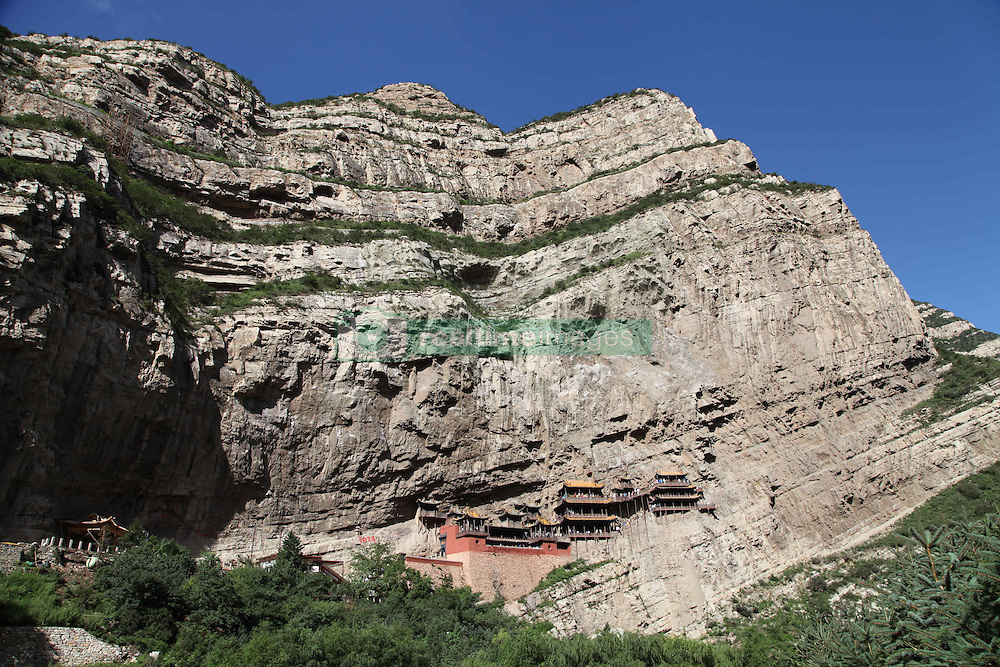