NO WEB FOR FRANCE - The Capuchin Catacombs of Palermo , Sicily, Italy. January 2019. One of the last to be buried there before it closed in 1920 was Rosalia Lombardo, the child whose body has remained remarkably intact due to a process only recently discovered.
The catacombs contain about 8000 corpses and 1252 mummies. Palermo's Capuchin monastery outgrew its original cemetery in the 16th century and monks began to excavate crypts below it. In 1599 they mummified one of their number, recently dead brother Silvestro of Gubbio, and placed him into the catacombs. The cemetery was first reserved for ecclesiastical workers, then accepted deceased from all walks of life, and experienced its greatest popularity during the 19th century. An inscription hanging from the neck or pinned to the chest, indicates the name, birth and death dates of the deceased.The cemetary was officially closed by civil order in 1880. But the last burials are from the 1920s. The cemetary has now become a kind of museum, filled with the forgotten dead, who are watched over by a group of Capuchin monks. Sicily will reveal over time a real research laboratory on mummification. It is spreading throughout the island and there is not an important village in sight that does not display the bodies of their priests, monks or citizens in the crypt of their church. Photo by Eric Vandeville/ABACAPRESS.COM 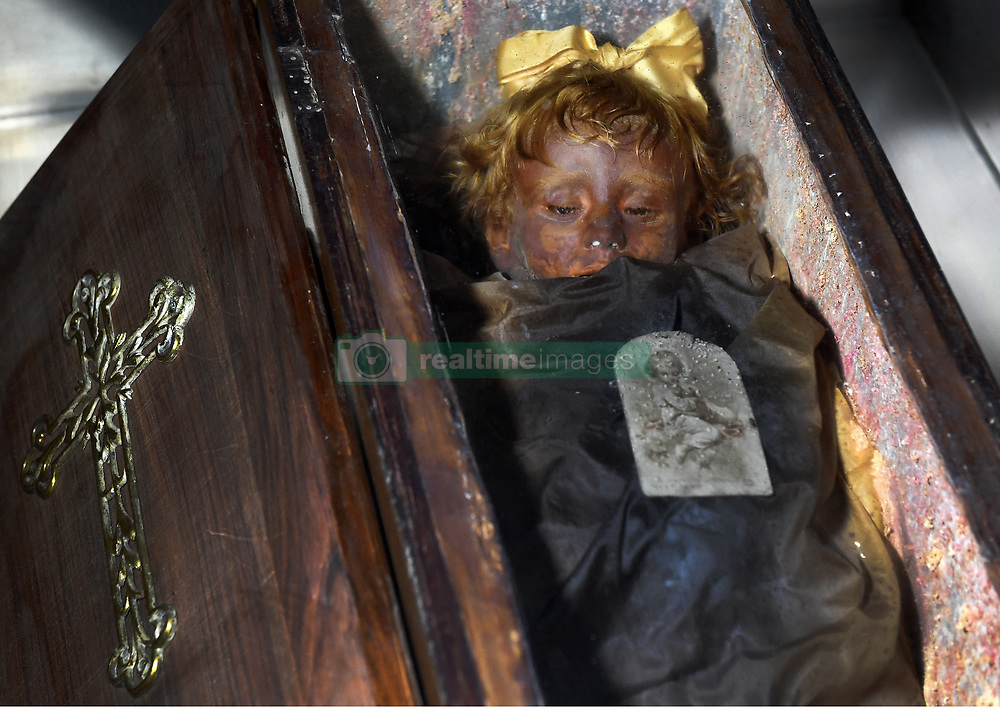