May 31, 2017 - Zaatari, Jordanian border, Syria - Syrian refugee mother walks a muddy street in the Zaatari refugee camp in Jordan, now the largest Syrian refugee camp in the world. the camp was supposed to provide temporary housing when the government and United Nations opened it in 2012. But since residents have not been able to leave, they have started 3,000 businesses and cities nearby have loosened employment restrictions. The settlement currently accommodates 85,000 Syrian refugees, half of them children. (Credit Image: © Alvaro Fuente/NurPhoto via ZUMA Press) 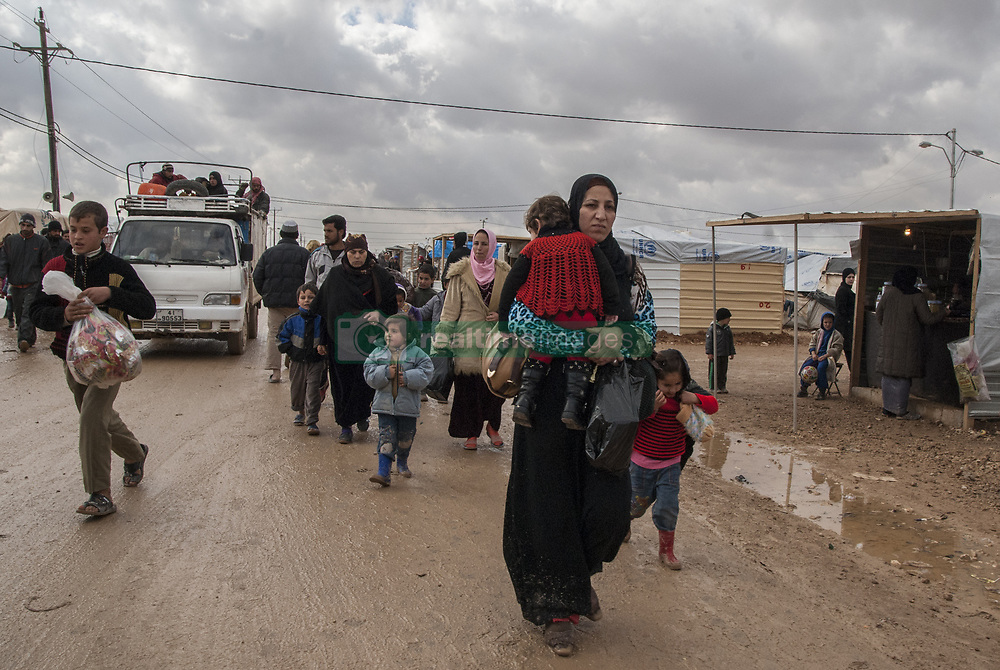