August 19, 2017 - Rome, Italy, Italy - Cleared a palace in Independence Square in Rome near Termini station. It had been occupied in October 2013 by hundreds of Eritrean and Somali refugees. More than 500 law enforcement officers used for clearing. Former occupants were raised on 5 police buses and also on several public bus buses and were taken to the identification center. Some of them blocked for a few minutes the road to Termini Station and immediately armored (about 23 plus a hydrant) moved to be used against those who protested. Again, no alternative solution has been proposed for expelled refugees. In the street a thousand people, including pregnant women and children. (Credit Image: © Patrizia Cortellessa/Pacific Press via ZUMA Wire) 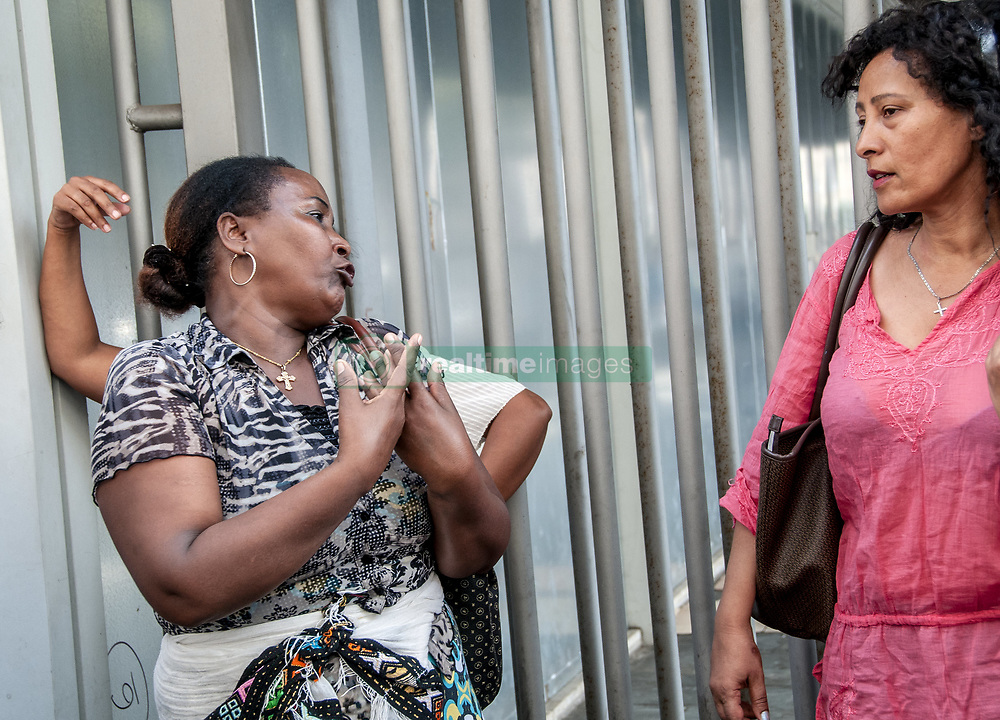