View Image Comparison
View Both Images
For nearly 15 years, Moderate Resolution Imaging Spectroradiometer (MODIS) sensors on NASA's Terra and Aqua satellites have scanned Earth's surface daily for fires. When the Visible Infrared Imaging Radiometer Suite (VIIRS) on Suomi NPP began operating in 2012, the view got a whole lot clearer.
While MODIS and VIIRS have similar orbits, the spatial resolution of the "thermal bands" on each sensor differs. The MODIS thermal band detects hot spots with a resolution of 1,000 meters per pixel; VIIRS detects hot spots at a resolution of 375 meters per pixel. In other words, VIIRS makes fire observations that are about three times more detailed than MODIS. As a result, VIIRS can detect many small and low-temperature fires that MODIS misses.
The images above illustrate the difference in the fire detection capabilities of the sensors. Both images show agricultural fires burning in northeast China around the same time on November 6, 2015. MODIS captured the upper image while the lower image was acquired by VIIRS. Turn on the image comparison tool to see the differences. Though VIIRS has more detailed fire observations, the background of the MODIS image seems crisper. This is because MODIS has better resolution than VIIRS when looking at land surfaces that are not on fire. (250 meters per pixel for MODIS versus 375 meters per pixel for VIIRS).
The improved resolution of the VIIRS fire observations means scientists - as well as firefighters - have a more capable tool for monitoring fire activity. As explained in the video below, the improved resolution means experts should be able to use data collected by VIIRS to more accurately model and predict shifts in a fire's direction or behavior.
"We hope that by infusing the higher-resolution fire detection data and fire behavior modeling outputs into tactical fire situations, we can lessen the pressure on those working in wildfire management," said Wilfrid Schroeder, a scientist at the Universi 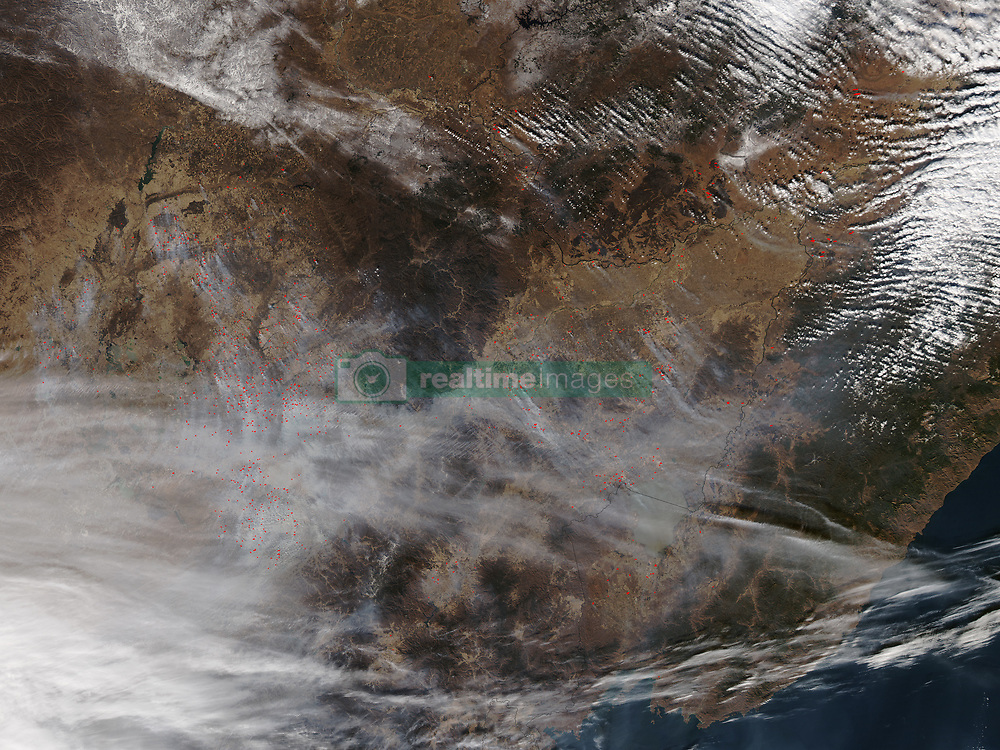