August 16, 2017 - Ankara, Turkey - A man shows a placard that reads 'There is no justice in this council' as anti-government demonstrators gathered in front of the Supreme Election Council (YSK) to protest against unsealed ballot papers in the voting for the Turkish constitutional referendum in Ankara, Turkey on August 16, 2017. The referendum was held on April 16 as the demonstrators chant the slogan 'We still search for justice' in the fourth month after historic voting. (Credit Image: © Altan Gocher/NurPhoto via ZUMA Press) 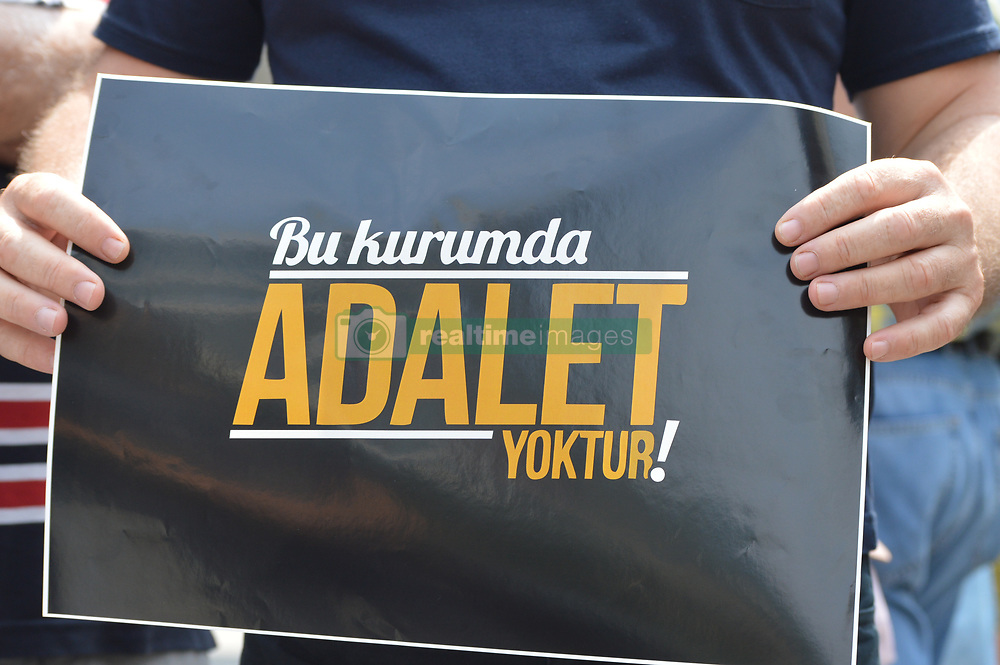