The Pride walk was held in Amsterdam

July 29, 2017 - Amsterdam, The Netherlands - On July 29th the Pride Amsterdam starts with the so called Pride Walk. During this opening activity, the organization expects a thousands of people walking along the center of Amsterdam. The Pride Walk is a demonstrative and activist walk from the Homomonument to the Vondelpark. This is the 'counterpart' of the world-famous boat parade that takes place a week later on August 5th. Most pride events occur annually, and many take place around June to commemorate the 1969 Stonewall riots in New York City, a pivotal moment in modern LGBT social movements. The motto of this year is ''This is my pride' (Credit Image: © Romy Arroyo Fernandez/NurPhoto via ZUMA Press) 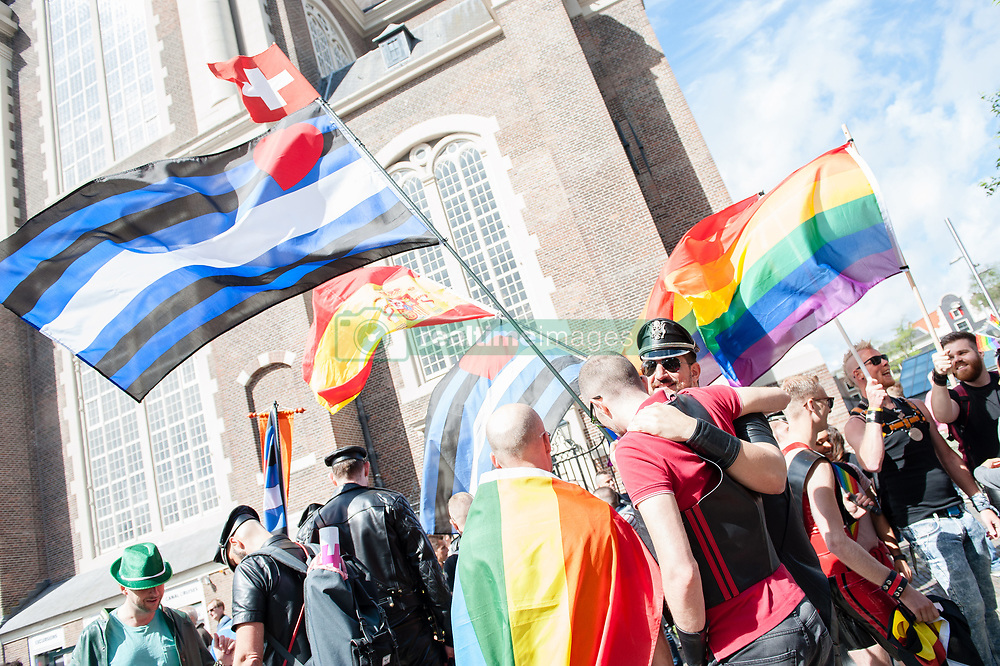