October 29, 2017 - Lahore, Punjab, Pakistan - Pakistani cricket lovers a holds a placard while cheering during the T20 cricket match between Pakistan and Sri Lanka at the Gaddafi Cricket Stadium in Lahore on October 29, 2017. The Twenty20 against Sri Lanka may take less than four hours to play but its significance could last far longer -- convincing major nations that it is safe to tour Pakistan again. Sri Lanka are the first top eight team to visit Pakistan, eight years after they were the last -- caught up in a deadly attack by militant gunmen outside Gaddafi stadium in Lahore. (Credit Image: © Rana Sajid Hussain/Pacific Press via ZUMA Wire) 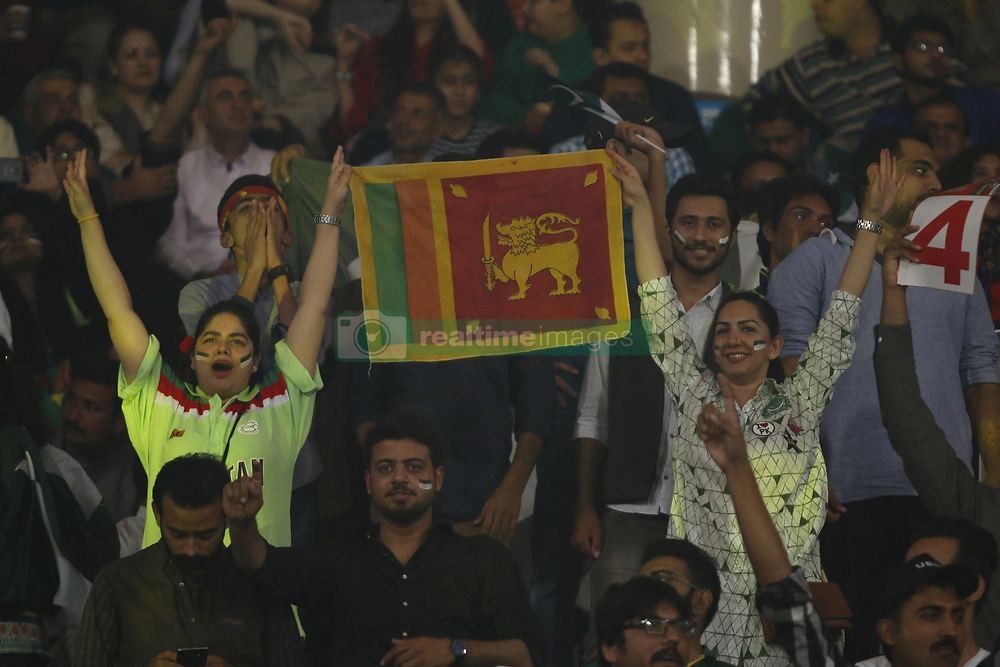