May 5, 2019 - Wageningen, Gelderland, Netherlands - May 5th, Wageningen. Wageningen, also knows like the â€˜City of Liberationâ€™, is especially connected to the remembrance days here on 4 and 5 May, as the capitulation which ended World War II in the Netherlands was signed in the townâ€™s Hotel de Wereld in 1945. During the Liberation day, The Liberation Parade or the BevrijdingsdefilÃ© in Dutch is celebrated each year and reunites veterans and military successors to pay tribute to all those who gave their lives during WWII. This year also 27 British veterans were warmly welcomed, they arrived in authentic taxis from London. (Credit Image: © Romy Arroyo Fernandez/NurPhoto via ZUMA Press) 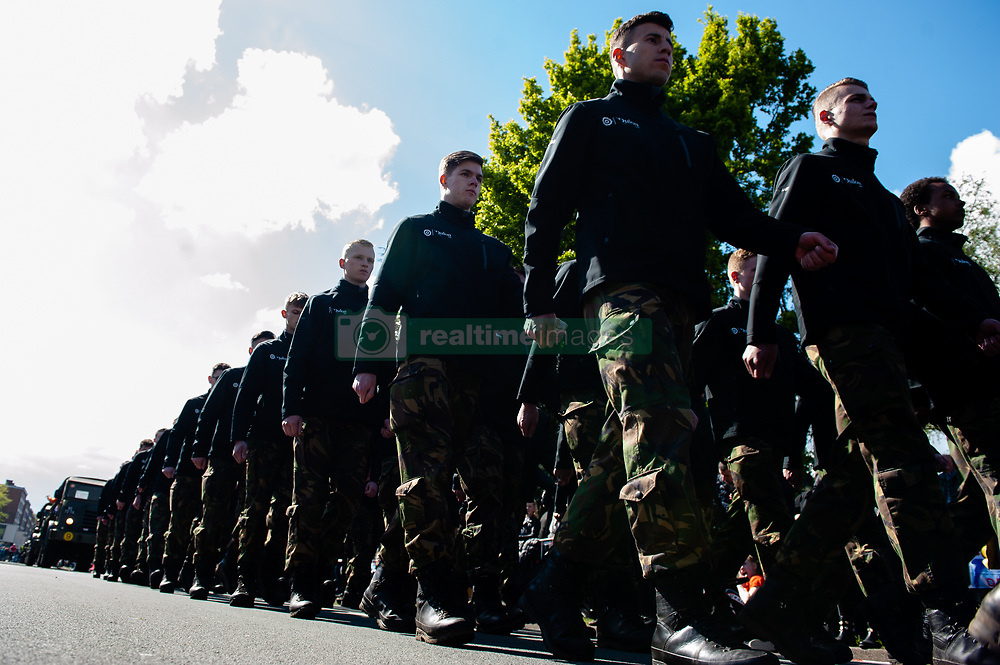