May 8, 2016 - New York, NY, United States - The six competitors head toward the starting line for the start of the second race. Six competitors for the Louis Vuitton America's Cup vied for standing in the Cup's World Series event in New York City, one of a series of racing events which determines the standings of each team for the upcoming championship race in Bermuda in 2017; Artemis Racing Team Sweden, Groupama Team France and Emirates Team New Zealand each won one of the races and the later was judged winner of the event based upon accumulated points. (Credit Image: © Albin Lohr-Jones/Pacific Press via ZUMA Wire) 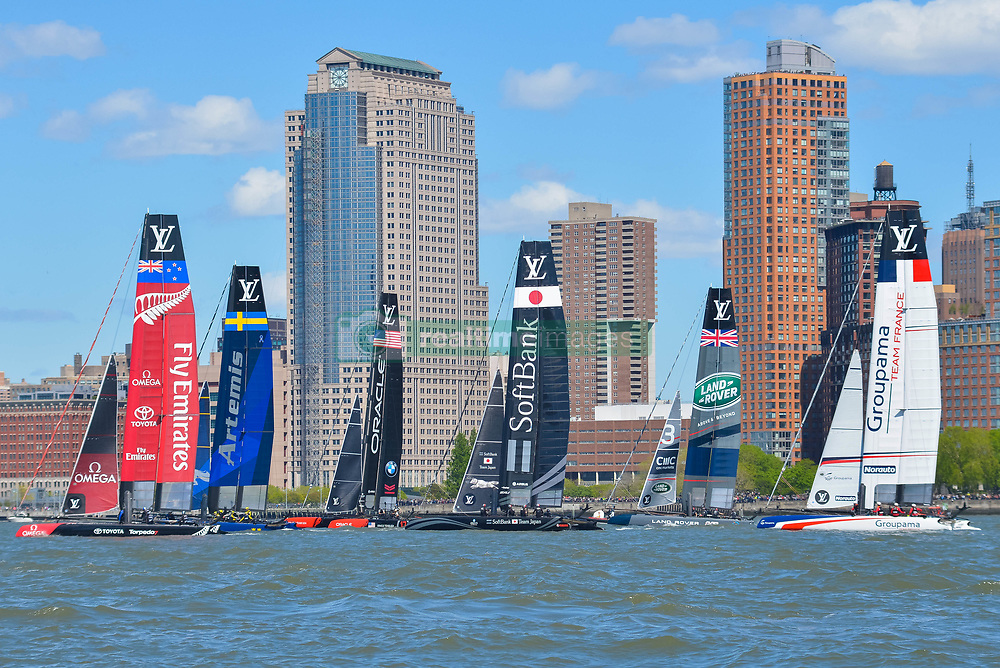