August 25, 2017 - New York City, New York, United States of America - About fifty New Yorkers protested against and strategized for the removal of the monument to explorer Christopher Columbus, who is widely credited with the discovery of the Americas. People of color, Native Americans, and immigrants see this as the beginning of the wave of European racism, subjugation, and ultimately, white supremacy and slavery in North America. A religious ritual was held by Native Americans in attendance. (Credit Image: © Sachelle Babbar via ZUMA Wire) 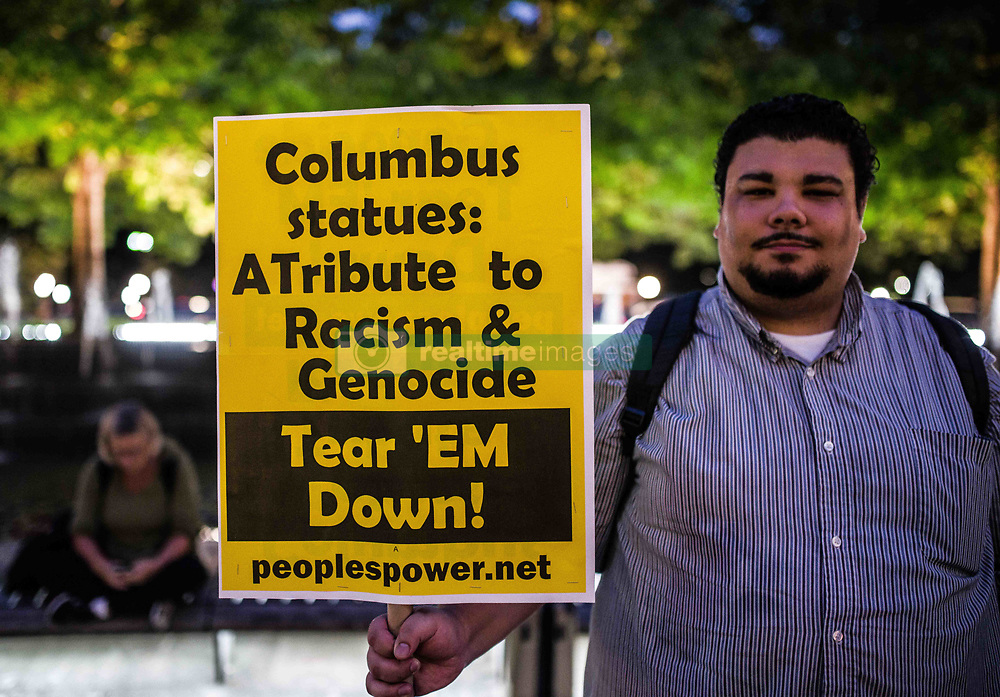