March 23, 2019 - Madrid, Spain - A participant seen wearing a placard on his back disapproving Brexit during the demonstration..The British community in Spain demonstrated in favor of another referendum on Brexit at Plaza de ColÃ³n ''in defense of the rights of the five million Europeans in the United Kingdom and British in the European Union and to request a second referendum on the exit of Great Britain from the EU (Credit Image: © Jesus Hellin/SOPA Images via ZUMA Wire) 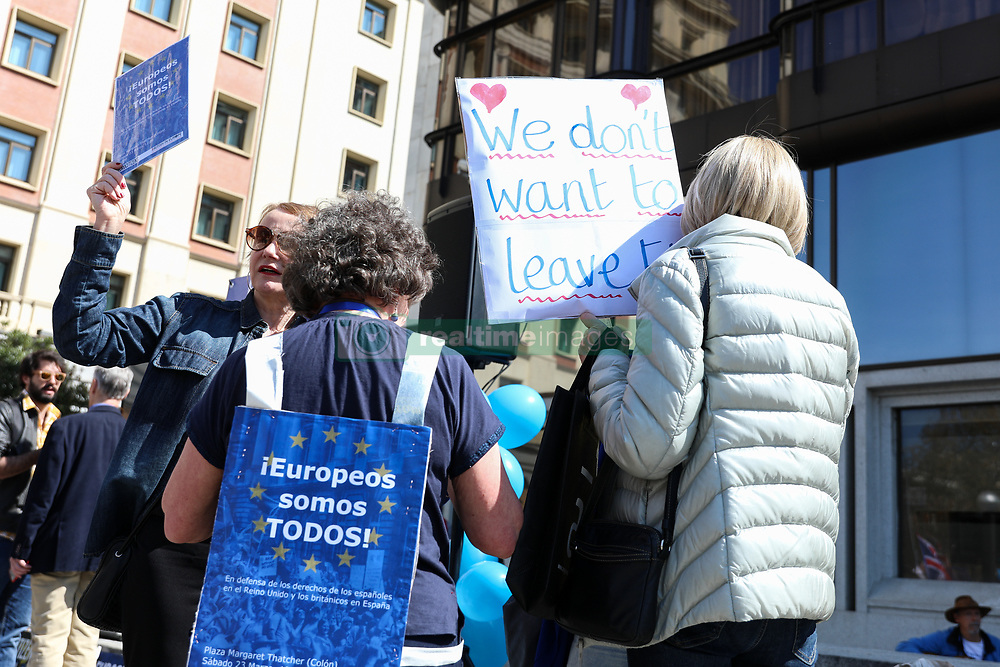