April 27, 2017 - Berkeley, California, U.S - A Berkeley police officer looks on as alt-right activists and Trump supporters equipped in helmets, football pads and other gear rally in the Berkeley's Civic Center Park). Violence has broken out between Trump supporters and black bloc antifascists at several events in the city this year. Coulter cancelled her visit when she and the University of California-Berkeley, where she was scheduled to speak, could not agree on an appropriate date. (Credit Image: © Jeremy Breningstall via ZUMA Wire) 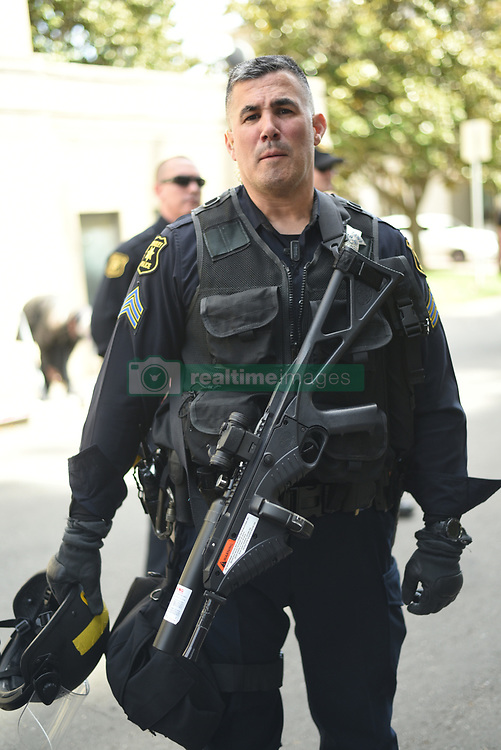