Sheep At Green Park in London

August 22, 2017 - London, England, United Kingdom - Some Sheep are pictured while grazing at Green Park, London on August 22, 2017. The sheeps have been brought from Madchute City Farm, to Gren Park, as part of a wildlife scheme to help a flower meadow and the insects that rely on it. The sheep are part of a conservation trial taking place in The Green Park, next to Buckingham Palace, where they will spend the week grazing one of the parkÃ¢â‚¬â„¢s wildflower meadows. (Credit Image: © Alberto Pezzali/NurPhoto via ZUMA Press) 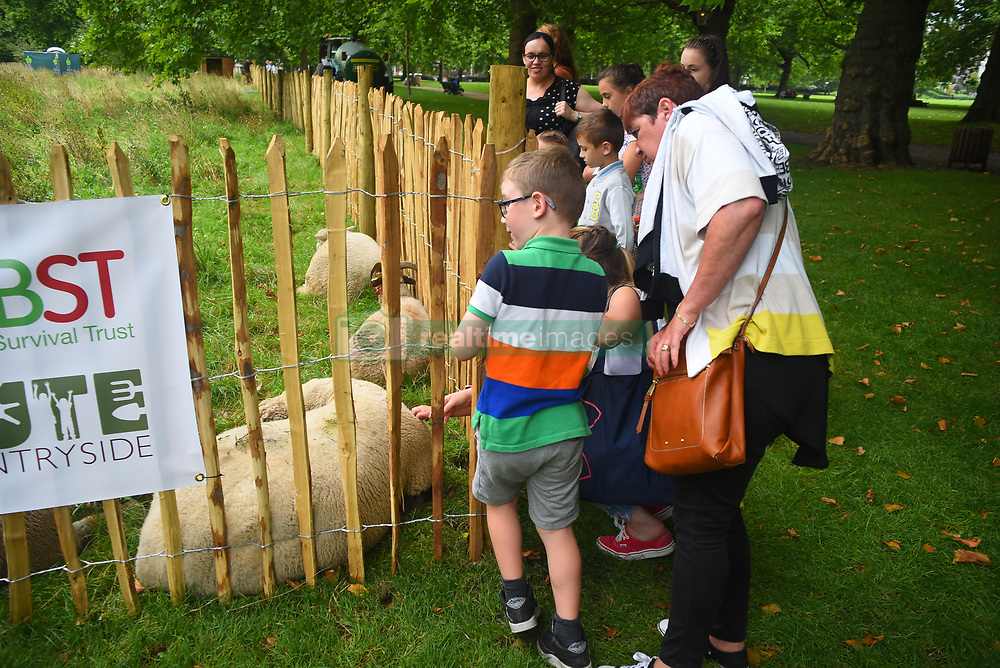