Interview With Carles Puigdemont In Amsterdam

October 3, 2018 - Amsterdam, Netherlands - October 3rd, Amsterdam. Carles Puigdemont, former President of Catalonia gave an interview at 'Room for Discussion' in Amsterdam. During this one-hour interview, they discussed the independence movement, the implications of the organized referendum and the possible role that the EU could play in resolving this conflict. A year ago on October 1st, 2017, Carles Puigdemont appeared in the headlines of international newspapers after having organized the unofficial referendum for secession of Spain. (Credit Image: © Romy Arroyo Fernandez/NurPhoto/ZUMA Press) 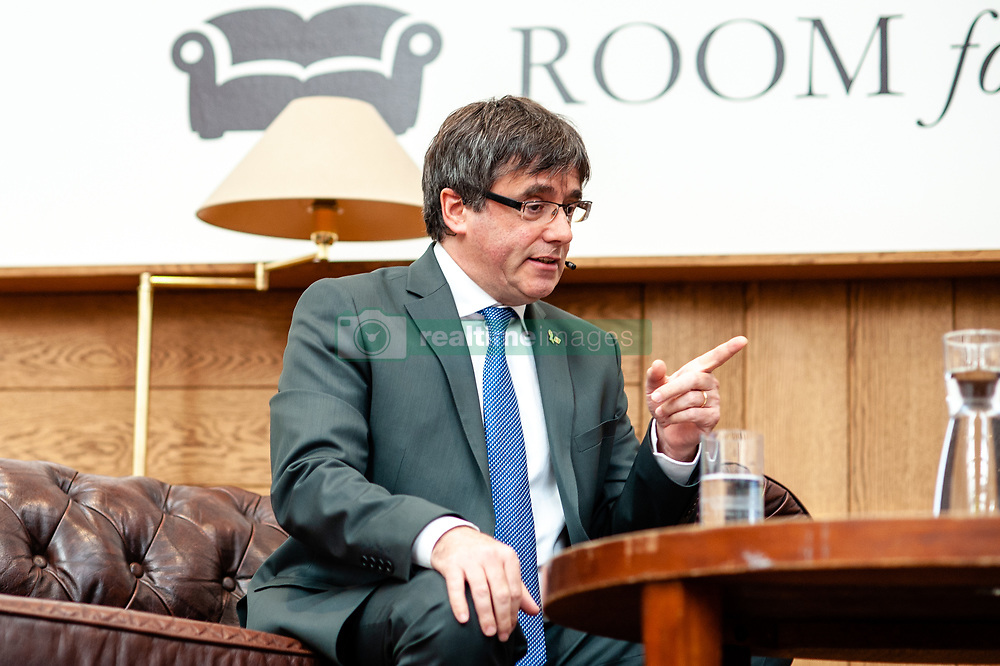