September 20, 2017 - File - ANGELINA JOLIE has filed for divorce from Brad Pitt, the actress's lawyer has confirmed. The actress filed for 'dissolution of marriage' on Monday, adding the 'decision was made for the health of the family'. She's asking for physical custody of the couple's six children and asking the judge to give Pitt visitation. The couple have been together since 2004 but only married in August 2014. Pictured: June 12, 2014 - London, England, United Kingdom - Brad Pitt and Angelina Jolie listen to the speakers on day three of the End Sexual Violence in Conflict Global Summit in London. (Credit Image: © Stephen Lock/i-Images via ZUMA Wire) 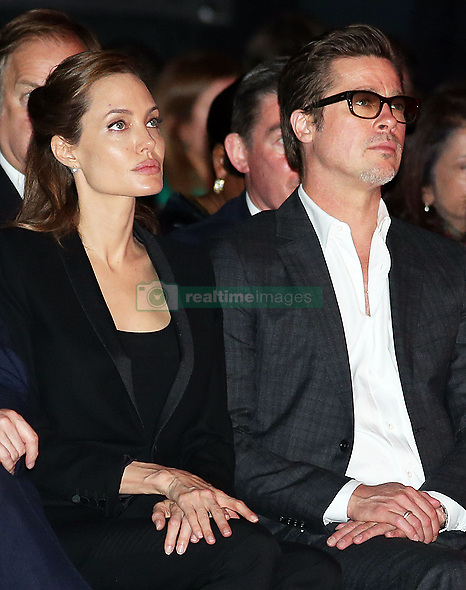