March 30, 2019 - Gaza, Palestine, 30h March 2019. Paramedics attend injured Palestinian demonstrators during clashes with Israeli soldiers in Abu Safiya, east of the town of Jabaliya in the northern Gaza Strip, during this week Great March of Return and Land Day anniversary protest. Thousands of Palestinians had gathered alongside the eastern border of the Gaza Strip to take part in the weekly protest to break the ongoing Israeli siege but also to mark Land Day and the first anniversary of the Great March of Return. According to the Palestinian Ministry of Health in Gaza, Adham Nedal Amara, 17, was killed, and dozens of protesters were injured by Israeli troops who had fired live bullets and rubber-coated steel bullets at the them. The National Committee for Breaking the Siege had called for a comprehensive strike in the Gaza strip for the occasion and had deployed hundreds of volunteers for the safety of protesters. Since the Great Marches started in March 30th 2018, more than 250 Palestinians have been killed and over 23,000 have been injured by the Israeli army. Land Day falls every year on 30th March to remember the killing of six unarmed Palestinians and the wounding of one hundred during a general strike called in protest at the expropriation of 21,000 dunams (5,189 acres) of Palestinian land by Israel (Credit Image: © Ahmad Hasaballah/IMAGESLIVE via ZUMA Wire) 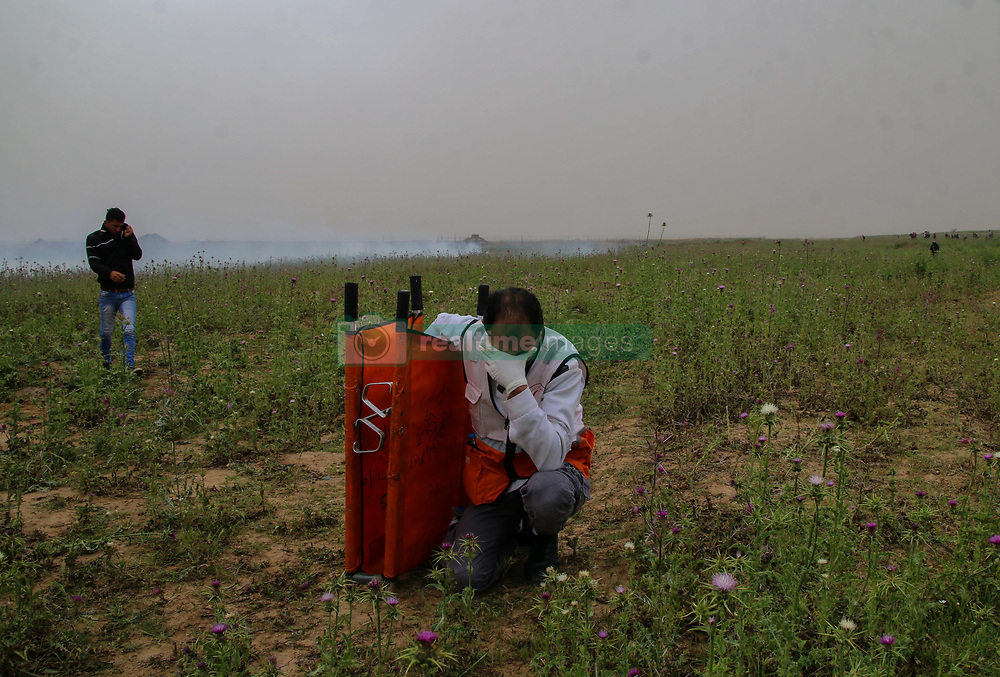