October 25, 2016 - Calais, France - Migrants are waiting for the departure of the bus which takes them to their new accommodation at the registration center in the jungle of Calais in Calais, France, on 25 October 2016. Up to the evening, about 4,000 migrants from the Refugee camp on the coast at the English Channel were distributed to several regions in France. The police have begun to tear down the huts and tents in the camp. (Credit Image: © Markus Heine/NurPhoto via ZUMA Press) 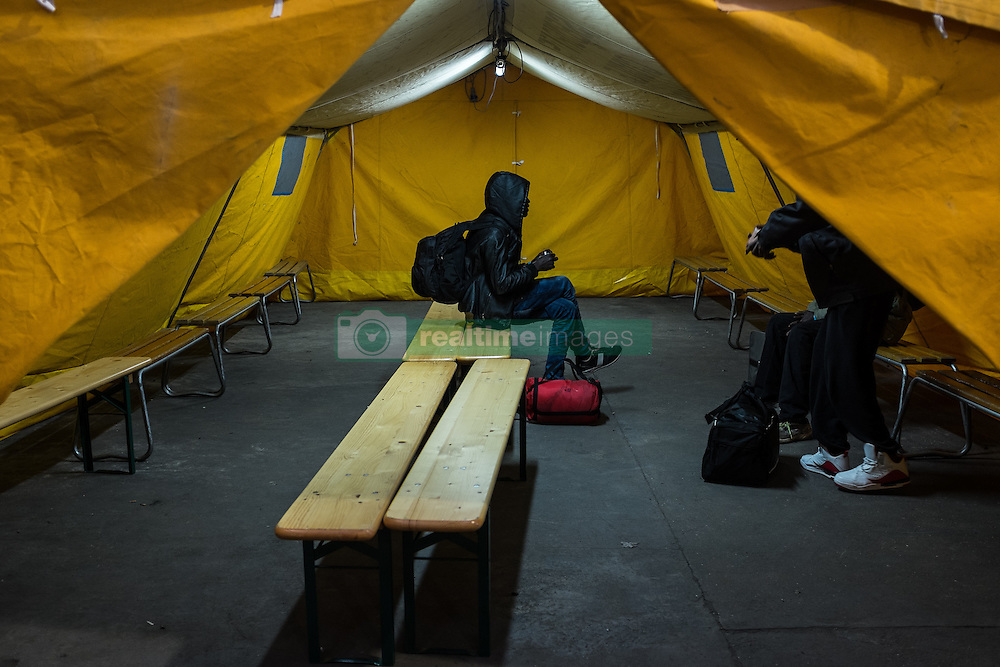