zReportage.com Story of the Week # 638 - Colombia's 'Lost City Of Marijuana'- Launched August 1, 2017 - Full multimedia experience: audio, stills, text and or video: Go to zReportage.com to see more - In Colombia, a 50 year civil war has wracked the region, between the Colombian army and the Revolutionary Armed Forces of Colombia. The lack of infrastructure, transportation, and basic amenities has led to the only money for many local farmers being fields of cannabis. As the war has left the hills of the Torib?o region in southwestern Colombia, an off-limits zone for authorities, the black market fields have expanded, lighting up the night sky. Now with rebels gone, Colombia is diving into the pot industry. The jungle around Toribio so-called 'lost city of marijuana' is filled with vast pot plantations that stretch as far as the eye can see. At night, the greenhouse lights glow like a sea of bioluminescent plankton. Historically, Colombia has received billions of dollars in American aid to end the drug trade, but now the government has begun giving licenses to some small overseas companies, under a new law that allows the cultivation of medical marijuana in a cannabis cooperative and in turn giving illegal growers a chance to come clean. (Credit Image: ? Nicolas Enriquez/zReportage.com via ZUMA Wire) 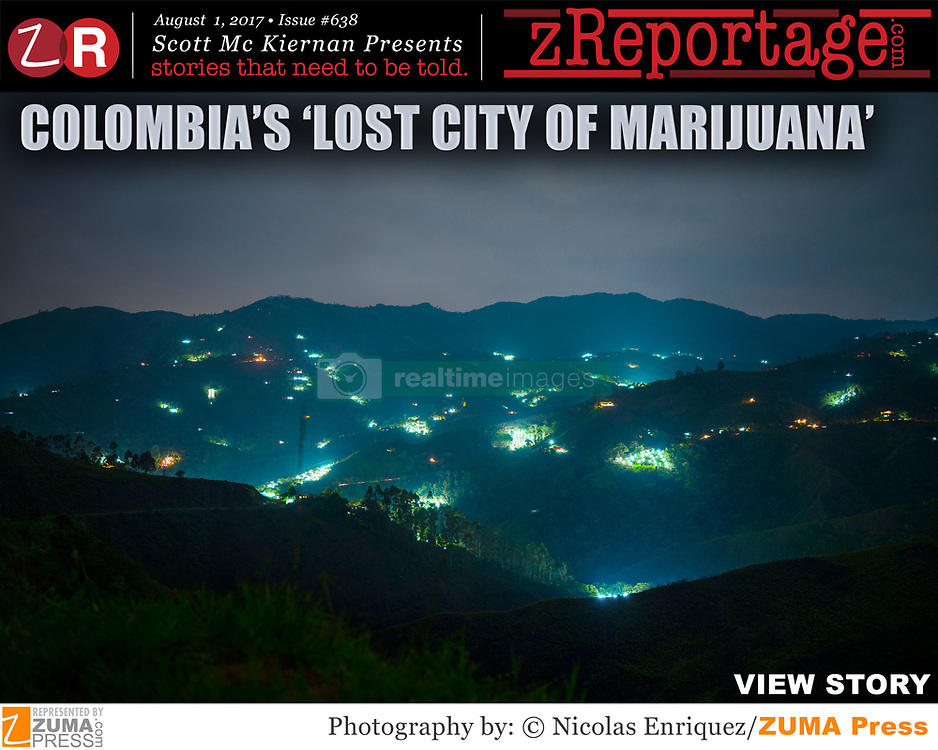