August 16, 2017 - Malibu, Etats-Unis - Supermodel Cindy Crawford shows off her stunning Malibu home â€“ and shows off a naked photo of herself which decorates her study.Cindy, 52, shares the amazing home with husband Rande Gerber and their two children.She allowed a camera from fashion bible Vogue magazine to share with the world her very desirable residence for the latest instalment of its 73 Questions series.Cindy was interviewed by Joe Sabia and treated him to coffee on the terrace with amazing ocean views.She later led him into her office, which is adorned with memorable shots taken throughout her career. One, taken by star photographer Annie Leibovitz, shows Cindy posing naked with a snake as Eve in the Garden Of Eden. But Cindy admitted although the photo was great, the shoot was not all that fun.She explained:â€ That was, like, my first and only shoot with a snake. â€œFirst of all, it was heavy. Secondly, it smelled disgusting. â€œAnd thirdly, it got a little too friendly.â€Cindy revealed her favourite photo of herself was capture by Helmut Newton for Vogue in Saint Tropez.It shows her in a swimsuit posing against a tree. Newton gave her a print and signed it: â€œFor the fairest in the land.â€The mother of two, who showed off her children's artwork framed in their kitchen, got a little help from her 15-year-old daughter Kaia Gerber during the interview.Kaia, who is a model herself, stepped into the kitchen, to grab a snack from the fridge.Later Kaia was seen reading on a sofa and Cindy leaned over to kiss the top of her head.Sabia asked Cindy if she had any nicknames for her Kaia and her18-year-old brother Presley .Kaia chimed in: â€œShe calls me Kiki and my brother P.â€Cindy was asked if her children have any nicknames for her, and Kaia cheekily replied: â€œNot that we can say in front of her !â€Cindy, who lost a brother to leukaemia as a child, cited paediatric cancer as one cause she cares deeply about.She 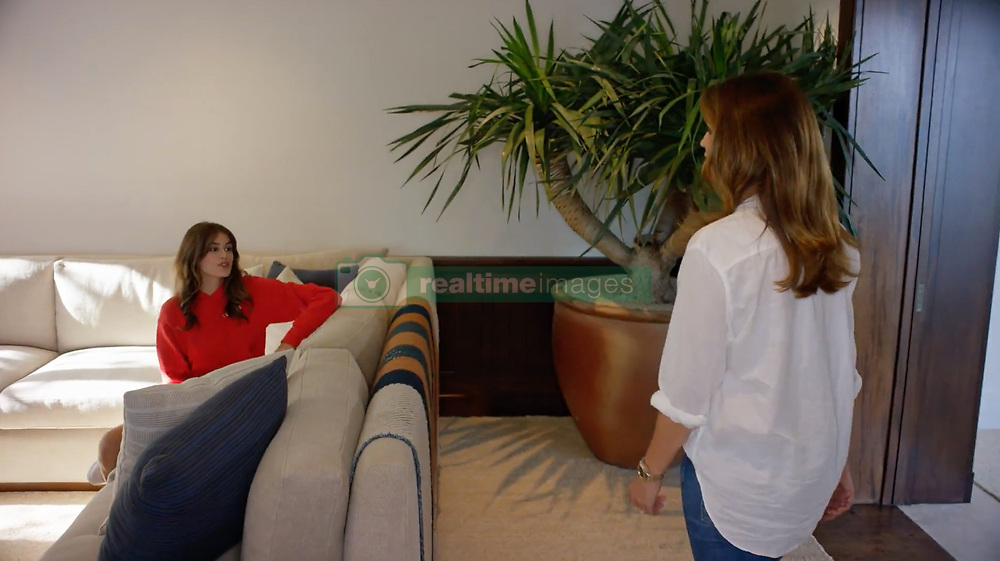