December 18, 2018 - Washington, District of Columbia, U.S. - General MICHAEL FLYNN, (C) former National Security Adviser to United States President Trump, arrives at US District Court for sentencing in Washington. Flynn's sentence was delayed, after his lawyers took up Judge E. Sullivan on his repeated offers to do so. Flynn was in court in Washington, to be sentenced for lying to the FBI about conversations he had with Russian Envoy Kislyak. (Credit Image: © Alex Edelman/CNP via ZUMA Wire) 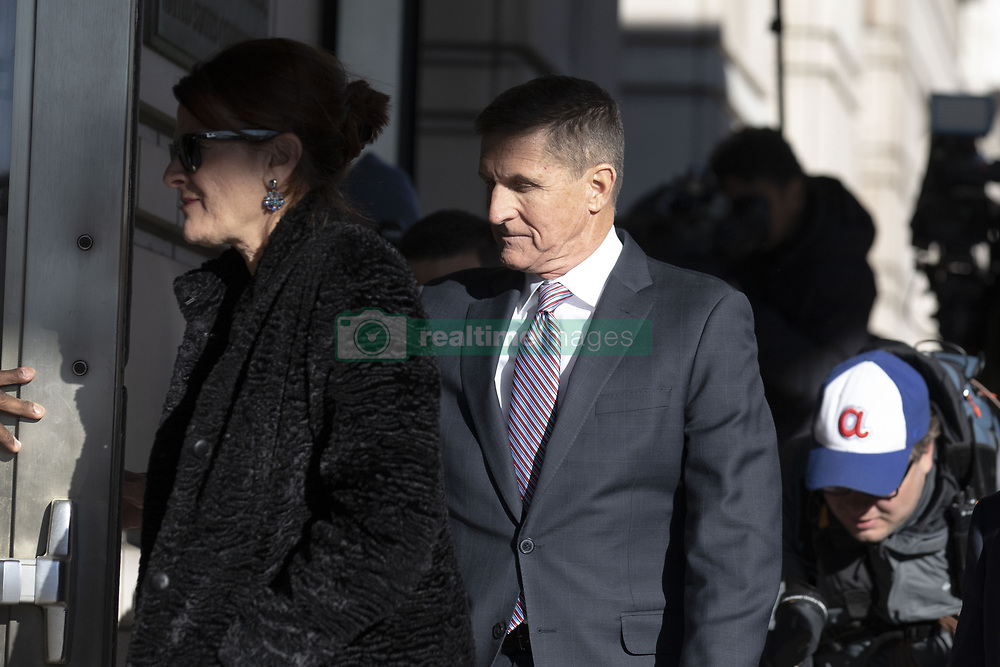