October 10, 2018 - Ankara, Turkey - Hunderds of people gathered in Ankara, Turkey, on 10 October 2018, to commemorate and mourn for those who were killed, and to protest the neglicance of the government for security and justice. 3 years ago on the 10th of October, 103 people have been killed in a bomb attack made by ISIS during a meeting for peace and equality in the Turkish capital, Ankara. (Credit Image: © Erhan Demirtas/NurPhoto via ZUMA Press) 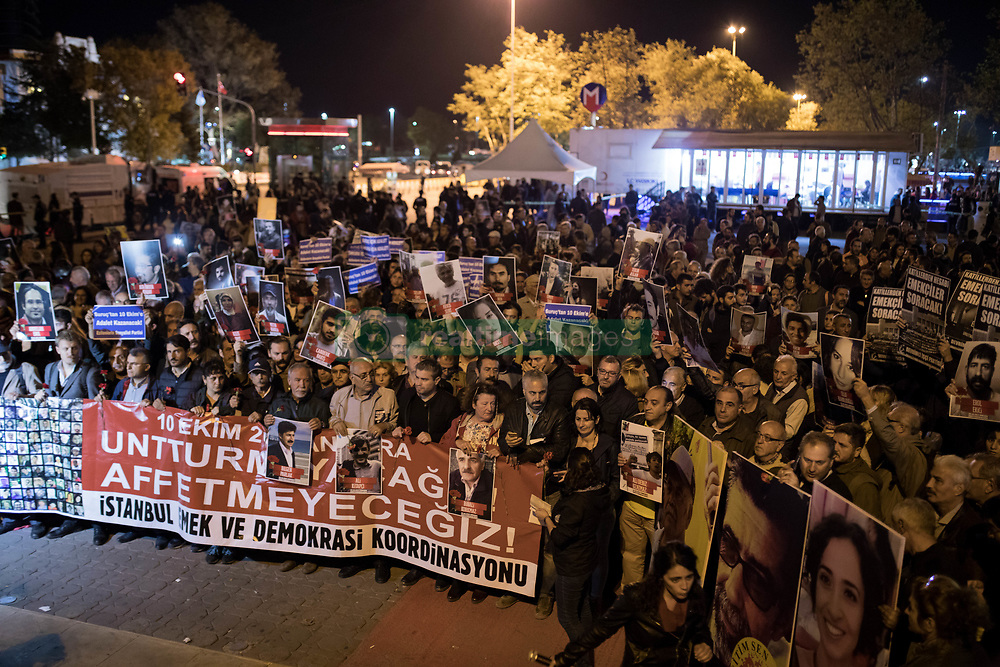