October 10, 2018 - Leeds, Yorkshire, UK - Leeds UK. Former police officer 83 year old David Lomax arrives at Leeds Crown Court this morning. Lomax is accused of raping a woman in 1978 because she was unable to pay a fine. Lomax was in his 40's at the time & worked as a warrant officer with West Yorkshire Police. It is alleged that David Lomax had gone to the woman's address two weeks before the alleged offence to collect payment but had agreed to give her extra time to find the money. He then allegedly returned to on the 20th October but the woman was still unable to pay. The court heard Mr Lomax had told the woman he would have to take her to the police station but then put his hand on her shoulder and said: ''Well we could solve this.'' He then allegedly led the woman into her bedroom & raped her against a wall before leaving. The court heard the woman reported it to police several days later and a DNA sample was retrieved from a towel. Jurors at Leeds Crown Court were told Mr Lomax, was charged after his DNA profile was matched in a cold case review in 2016. (Credit Image: © Andrew Mccaren/London News Pictures via ZUMA Wire) 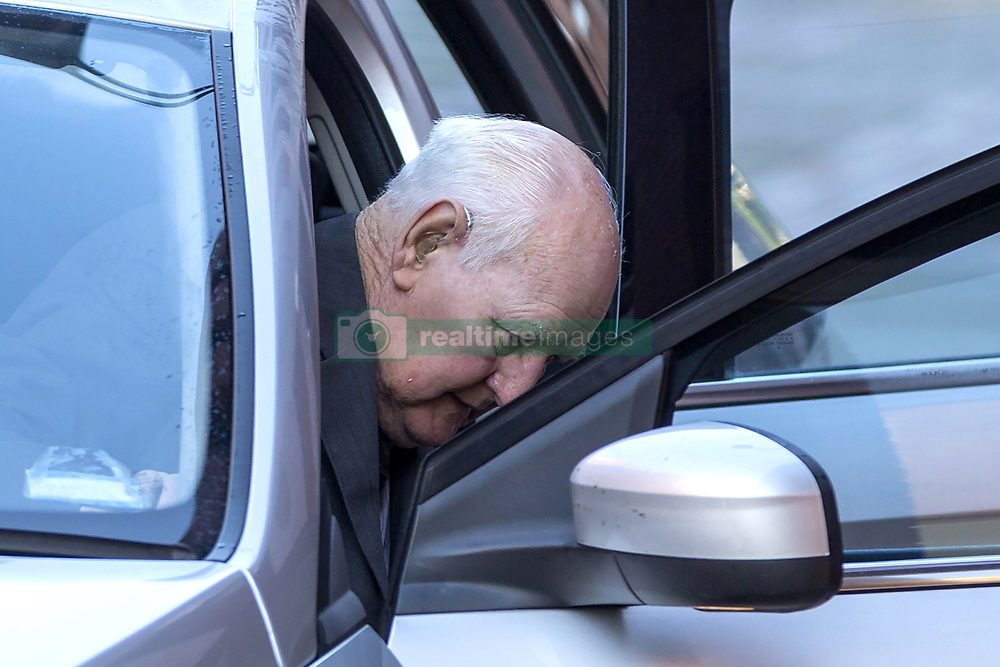