May 29, 2017 - Caracas, Venezuela - Opposition activists clash with the riot police as they block the Francisco Fajardo highway in Caracas during a demonstration against President Nicolas Maduro's government on May 29, 2017. Demonstrations that got underway in late March have claimed the lives of 59 people, as opposition leaders seek to ramp up pressure on Venezuela's leftist president, whose already-low popularity has cratered amid ongoing shortages of food and medicines, among other economic woes. (Credit Image: © Elyxandro Cegarra/NurPhoto via ZUMA Press) 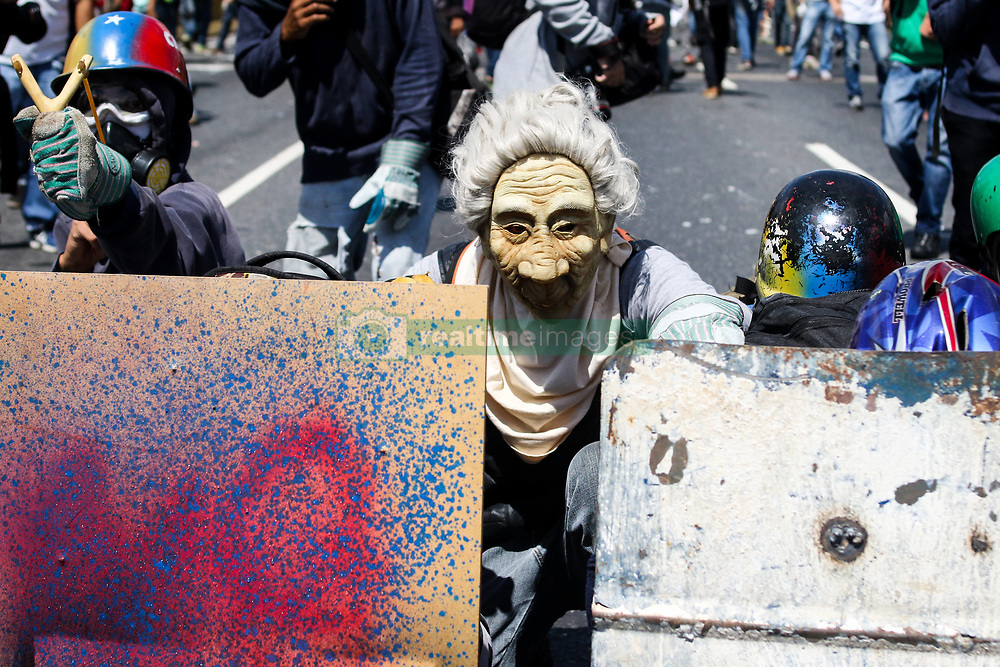