May 6, 2017 - MÃ¼Nchen, Bayern, Germany - Police look at banners held up by peaceful student protestors. On a Saturday morning in the Schwabing area of Munich the AfD held a demonstration/information stand. In protest, numerous children arrived to stand up against the far-right, anti-democratic politics of the AfD, whose Bavarian head, Petr Bystron, was recently revealed to be under Verfassungsschutz (secret service) monitoring due to his support for and activities with far- to radical-right extremist groups (Credit Image: © Sachelle Babbar via ZUMA Wire) 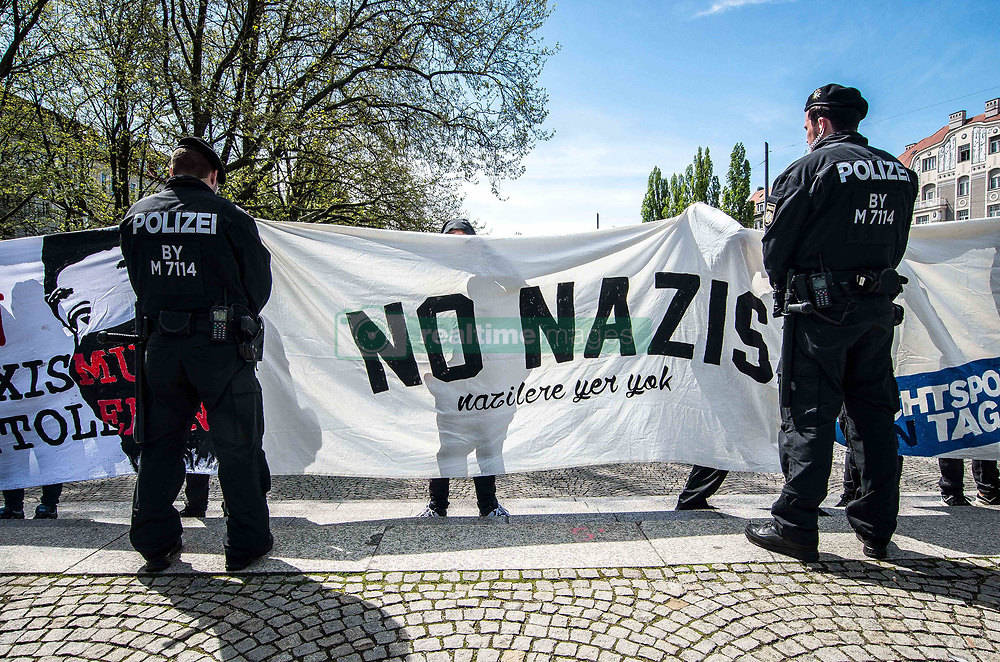