August 18, 2017 - New York City, New York, United States of America - An anti-Trump T-shirt worn to bring light to his perceived softness on the radical-rightists at Charlotteville. Held at Brooklynâ€™s McGolrick Park, a group of citizens held a demonstration against Nazis, the Alt-Right, and â€œProud Boysâ€ (the latter is a far-right group grounded by former Vice commentator Gavin McInnes that has been accused of white supremacy and creating violent disturbances). The Proud Boys also has a combat-ready unit endorsed by McInnes, who is part of the programming on Anthony Cumiaâ€™s far- to radical-right streaming service that is known to dispute claims of confirmed neo-nazis being â€œneo-nazisâ€. The groups â€œBrooklyn for Bernie Sandersâ€ and Black Lives Matter of Greater NY organized this demonstration in response to far- and radical-right symbols found in the area- a Swastika, in particular..Speakers (Credit Image: © Sachelle Babbar via ZUMA Wire) 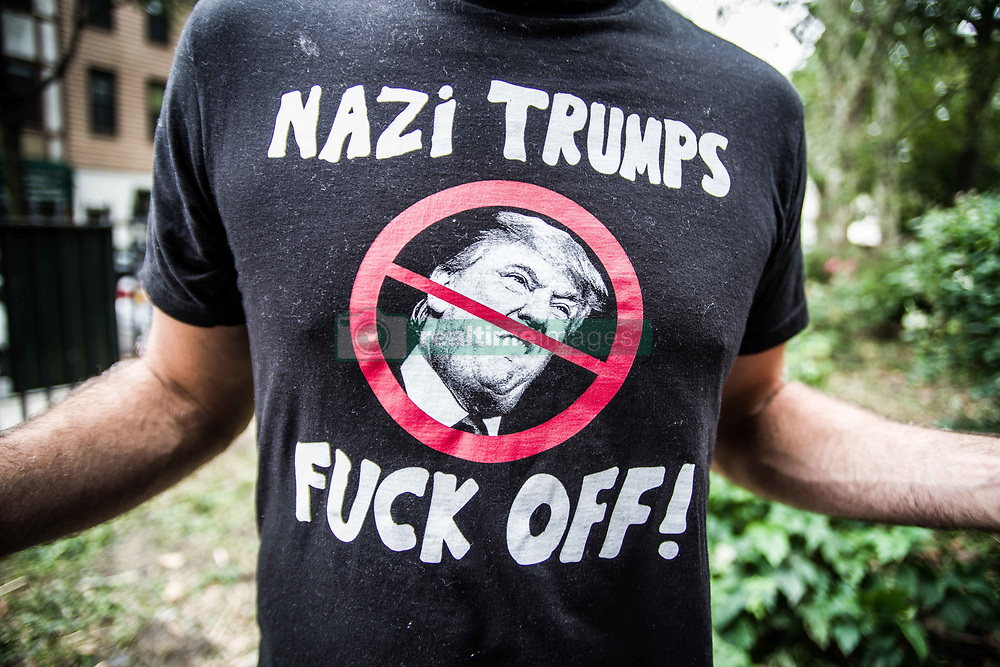