January 20, 2017 - Washington, DC, U.S - DOMINIQUE BROWN from Omaha Nebraska weeps as protesters and police clash during President Donald Trump's inauguration in Washington, D.C., on Jan. 20, 2017 ''I can't believe this is our country. It hurts,'' she declares. ''This is the same fight our ancestors fought...There are enlightened humans and ignorant ones. Ignorance doesn't have a color. If my heart can beat in your chest, we're good.'' The election of Donald Trump has erupted in street protests and a great divide of opinions and values in the American population. (Credit Image: © Carol Guzy via ZUMA Wire) 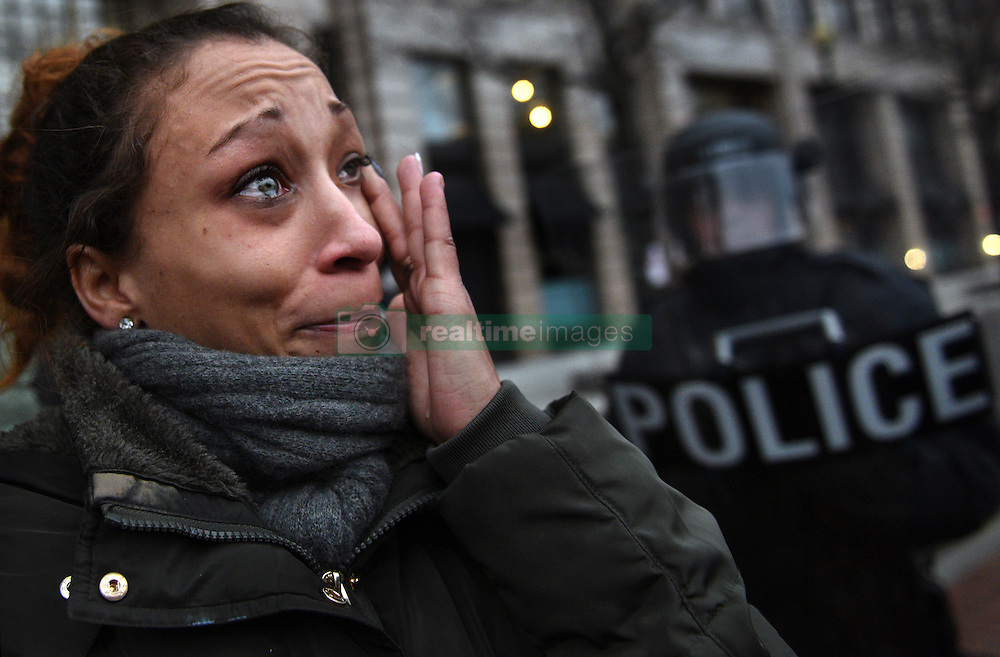