May 13, 2019 - Rome, Italy - Students of the Rome's Sapienza university demonstrate, on May 13, 2019 in Rome, against the far-right movement Forza Nuova. Forza Nuova (Fn) tried to stop the lecture of suspended Riace's mayor Mimmo Lucano's. Lucano had been suspended from his role and is not allowed to return to Riace due to allegations of involvement in aiding illegal immigration (Credit Image: © Christian Minelli/NurPhoto via ZUMA Press) 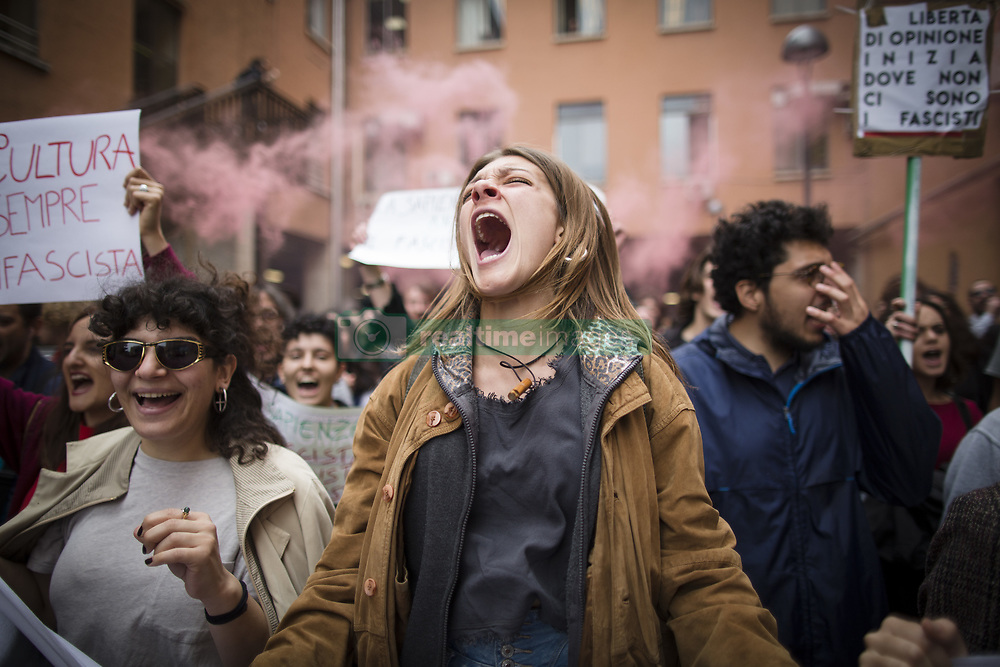