July 4, 2017 - Valencia, Carabobo, Venezuela - Young people from the resistance and police of Carabobo faced the distributor in the field, during the realization of the ''plantazo''. The police repressed the action of the Protestants who blocked the road, threw gas bleeding. The young men returned them and also both sides were attacked with stones. On the police side, detonations of unauthorized firearms were heard to suppress protests. Some people were affected by the gases, there were detainees and journalists were also attacked and robbed by the state police. In Valencia, Carabobo state. Photo: Juan Carlos Hernandez (Credit Image: © Juan Carlos Hernandez via ZUMA Wire) 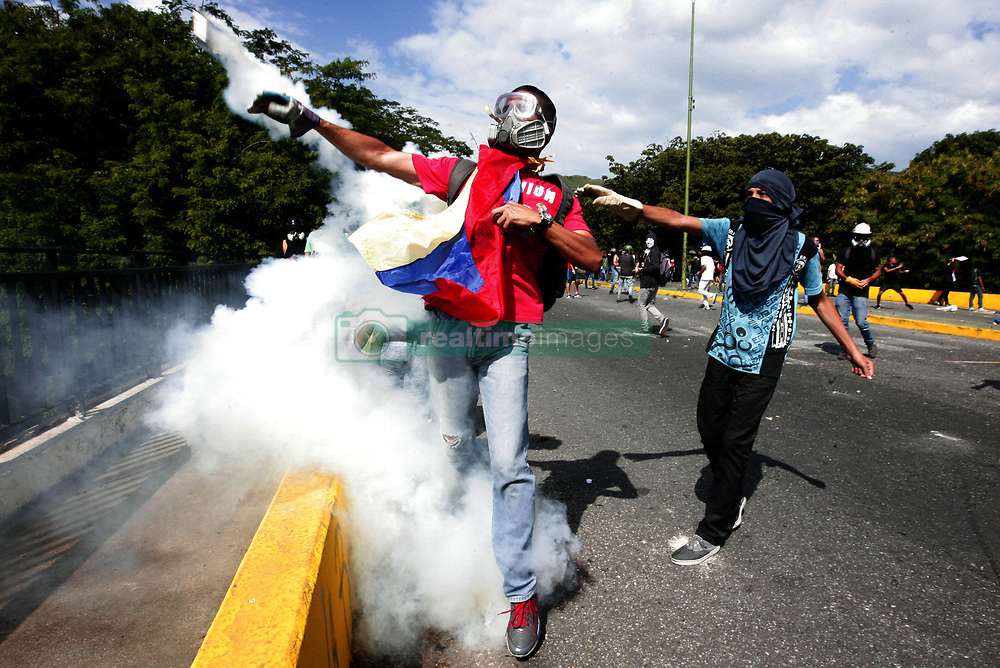