David Lawrence is received as testimony in Barcelona - 28 Mar 2019

March 28, 2019 - Barcelona, catalonia, Spain - Jaume Asens is seen speaking during a press conference..Jaume Asens, lawyer and city councillor, has received a testimony of a racist aggression inside one of Ryanar's flights to David Lawrence who was a witness and author of the videographic record of the verbal aggression. David Lawrence is in Barcelona invited by the City Council which will be presented as an accusation with the demand that the aggressor will be judged in Catalonia as determined by European protocols. (Credit Image: © Paco Freire/SOPA Images via ZUMA Wire) 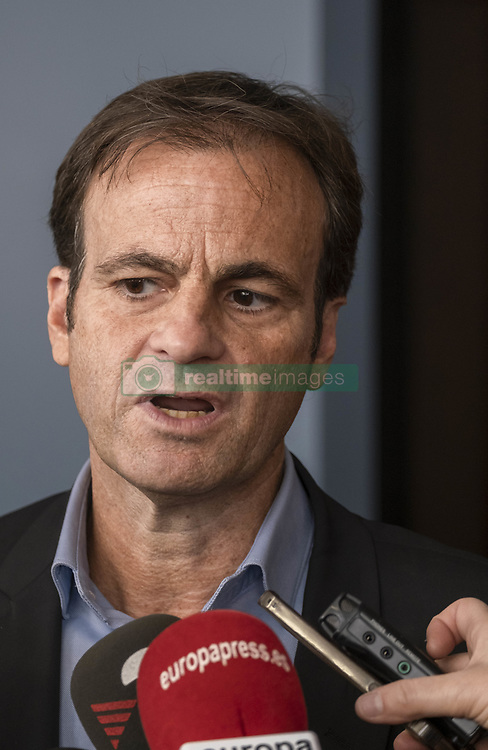