Charles de Gaulle - Etoile metro station at the top of the Champs Elysées on line 2 has been named 'On a 2 Etoiles' (We have 2 stars) in reference to the fact that France has now won the World Cup twice and their shirts can now bear two stars instead of just one. Paris transport authorities RATP have decided to hail the victorious Les Bleus in their own way. After the cup final win workers were busy putting up new names of Metro stations in honour of France's victory. Some six stations have been given new names, although it is not clear how long they will last, with some of them honouring the players and the manager behind the stunning victory. Paris, France, July 17, 2018. Photo by Alain Apaydin/ABACAPRESS.COM 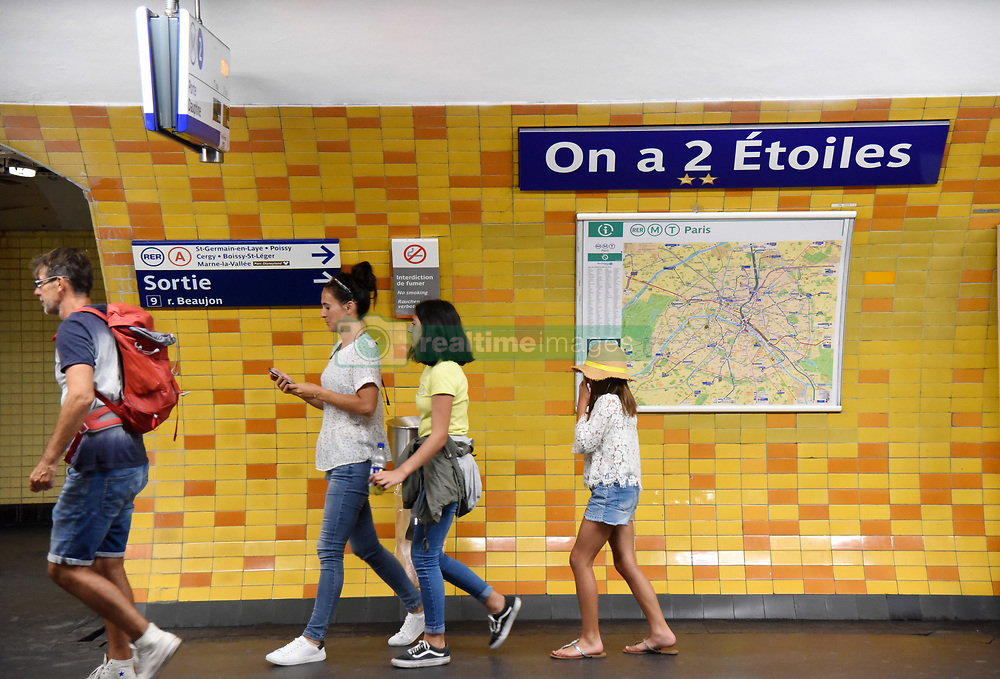