The Committee for the Defense of Democracy marks Polish Independence Day

November 11, 2016 - Warsaw, Poland - Ewa Kopacz, the former Prime Minister of Poland, at Grzegorz Schetyna, the former a former Marshal of the Sejm and the a leader of Civic Platform (PO) at the present, during the Committee for the Defense of Democracy (KOD) gathering on Friday 11th November, ahead of the march to mark the 98th anniversary of Polandâ€™s independence. .On Friday, 11 November 2016, in Warsaw, Poland. (Credit Image: © Artur Widak/NurPhoto via ZUMA Press) 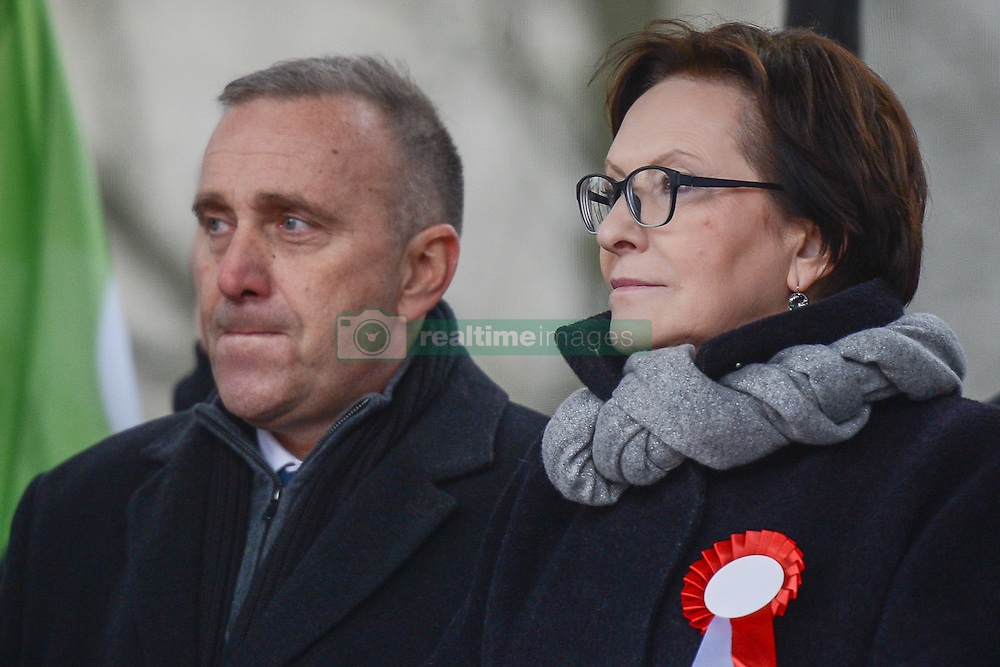