Demonstrators Protest Against Conservative Alliance With The DUP

June 10, 2017 - London, England, United Kingdom - Protesters hold placards as they attend a demonstration against the Conservative party alliance with the DUP in Parliament Square on June 10, 2017 in London, England. After a snap election was called by Prime Minister Theresa May the United Kingdom went to the polls yesterday. The closely fought election has failed to return a clear overall majority winner and Theresa May has formed a minority Government with the support of Northern Ireland's Democratic Unionist Party. (Credit Image: © Jay Shaw Baker/NurPhoto via ZUMA Press) 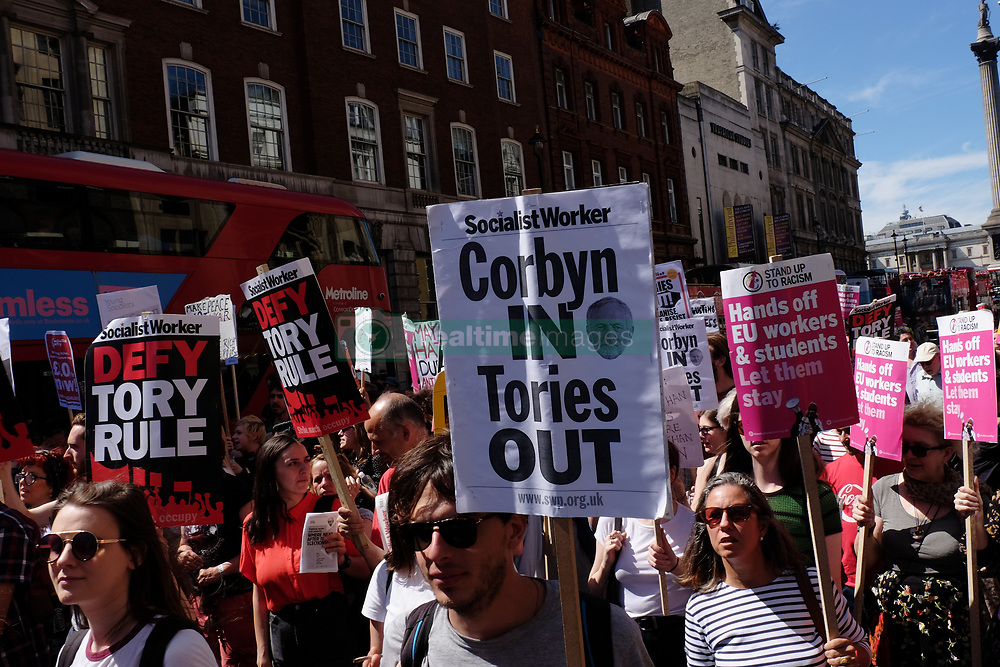