Jun 22, 2017 - Space - This image was acquired by the High Resolution Imaging Science Experiment (HiRISE) camera aboard NASA's Mars Reconnaissance Orbiter on April 18, 2017, at 14:04 local Mars time. It reminded the HiRISE team of the rugged and open terrain of a stark shore-line, perhaps of the British Isles. A close-up in enhanced color produces a striking effect, giving the impression of a cloud-covered cliff edge with foamy waves crashing against it. The reality is that the surface of Mars is much dryer than our imaginations might want to suggest. Dunes visible below the cliff, give the impression of an ocean surface, complete with foam capped waves crashing against the 'shore line,' demonstrating the abstract similarity between the nature of a turbulent ocean and a Martian dune field. (Credit Image: ? JPL/University of Arizona/NASA via ZUMA Wire/ZUMAPRESS.com) 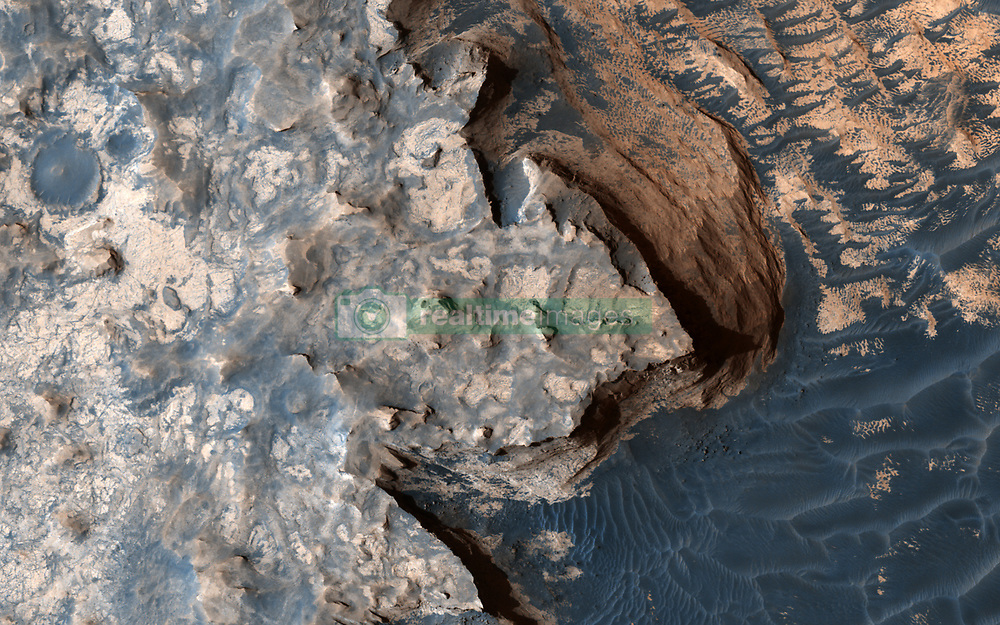